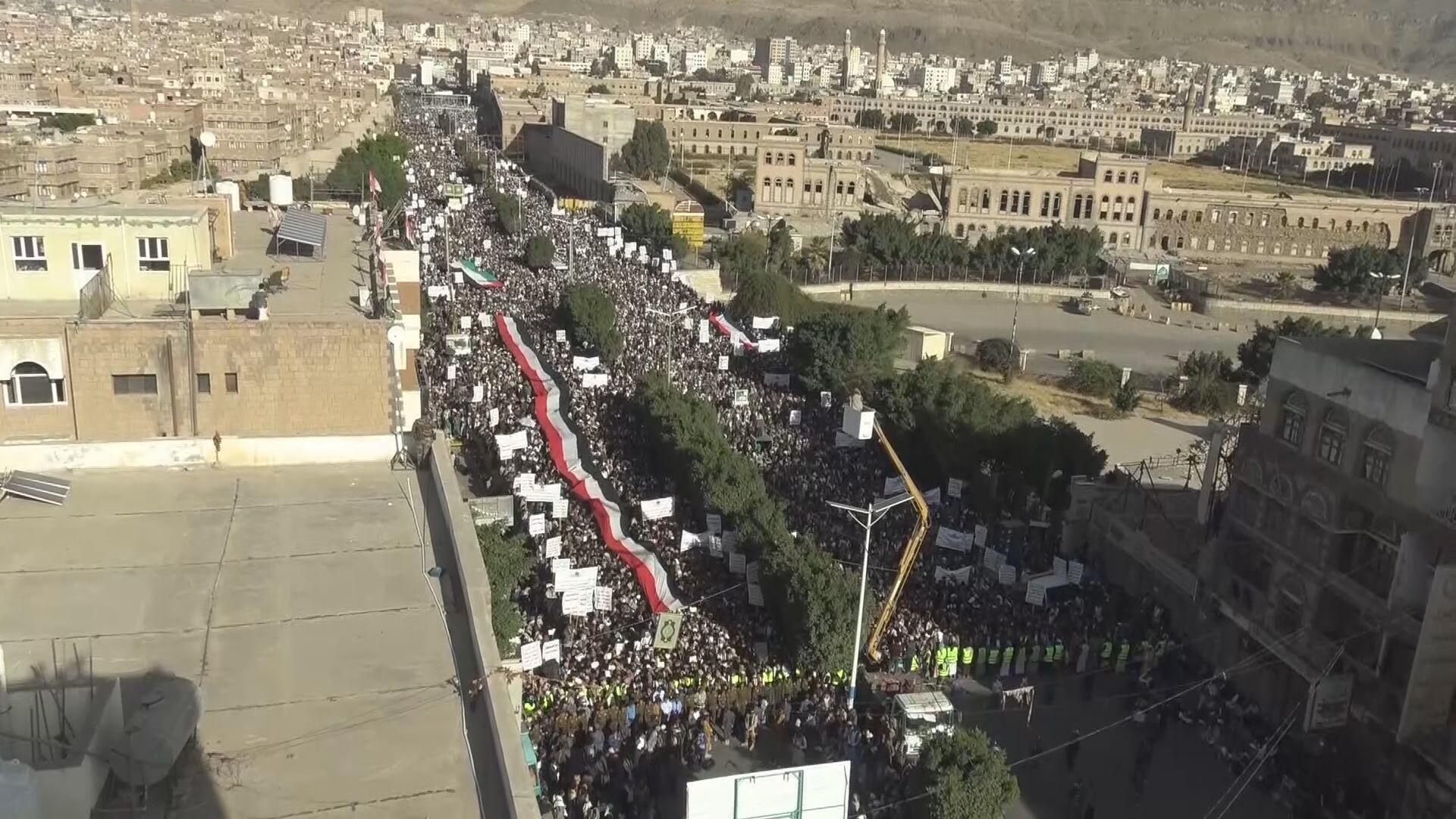 Tens of thousands took to the streets of Sanaa to strongly condemn the burning of a copy of the Holy Quran, the most revered book in Islam, in the Swedish capital of Stockholm.

As seen in the footage, the protester chant and protest in anger as they carry guns and Qurans in their hands. The protesters also set ablaze American and Israeli flags during the protests.

A protester said they want to send a ‘clear message from the Yemeni people who are being fought, besieged, and assaulted by the enemies of this nation’.

“This message expresses their commitment to their religion and their concerns about the Holy Quran profaned by the criminals of the Jewish Zionist lobby that is controlling Europe”, he said.

“Everyone took the street today and rallied in the square to express their anger and denounce the burning of the Holy Quran by the Zionists. We will defeat you; God’s Holy book and Messenger shall triumph”, said another protester.

Rasmus Paludan, the leader of the Stram Kurs (Hard Line) Party, under the protection of police and with permission from the government, burned a copy of the Quran outside the Turkish embassy in Stockholm on Saturday.

The Turkish foreign ministry responded immediately in a statement condemning the event. Many Arab and Muslim countries – including Iran, Pakistan, the United Arab Emirates, Jordan and Kuwait – denounced the Quran burning.