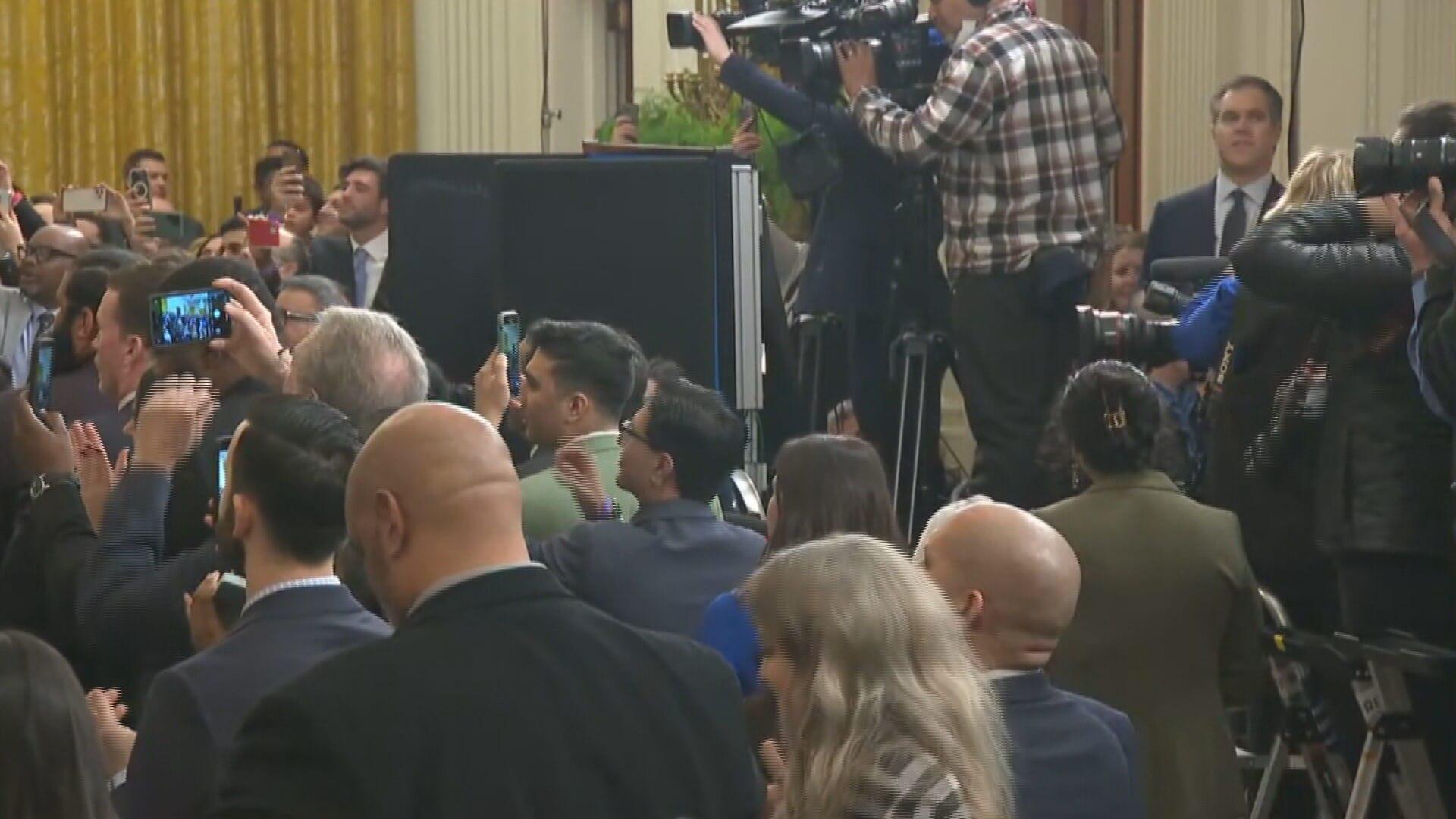 Biden commended the Warriors for their performance stating “the Golden State Warriors are known as one of the most successful franchises in basketball and all sports. And four NBA titles, six finals, and — in the last eight seasons. That ain’t bad, man. That ain’t bad.“ The President also told the team, that they are always welcome in the White House.

The Warriors have won four championships in eight years, but they didn’t visit the White House during Donald Trump’s presidency as he publicly disinvited them after Steph Curry had stated he had no interest in attending the event.

Biden and Harris also expressed concern about the California weather, while offering condolences to those affected. “We’re all closely monitoring the storms, the floods, the landslides all across California, and our heart is with all of the families of the communities that are hurting“, said Biden while Harris added „They and our very courageous first responders are in our thoughts and our prayers.“