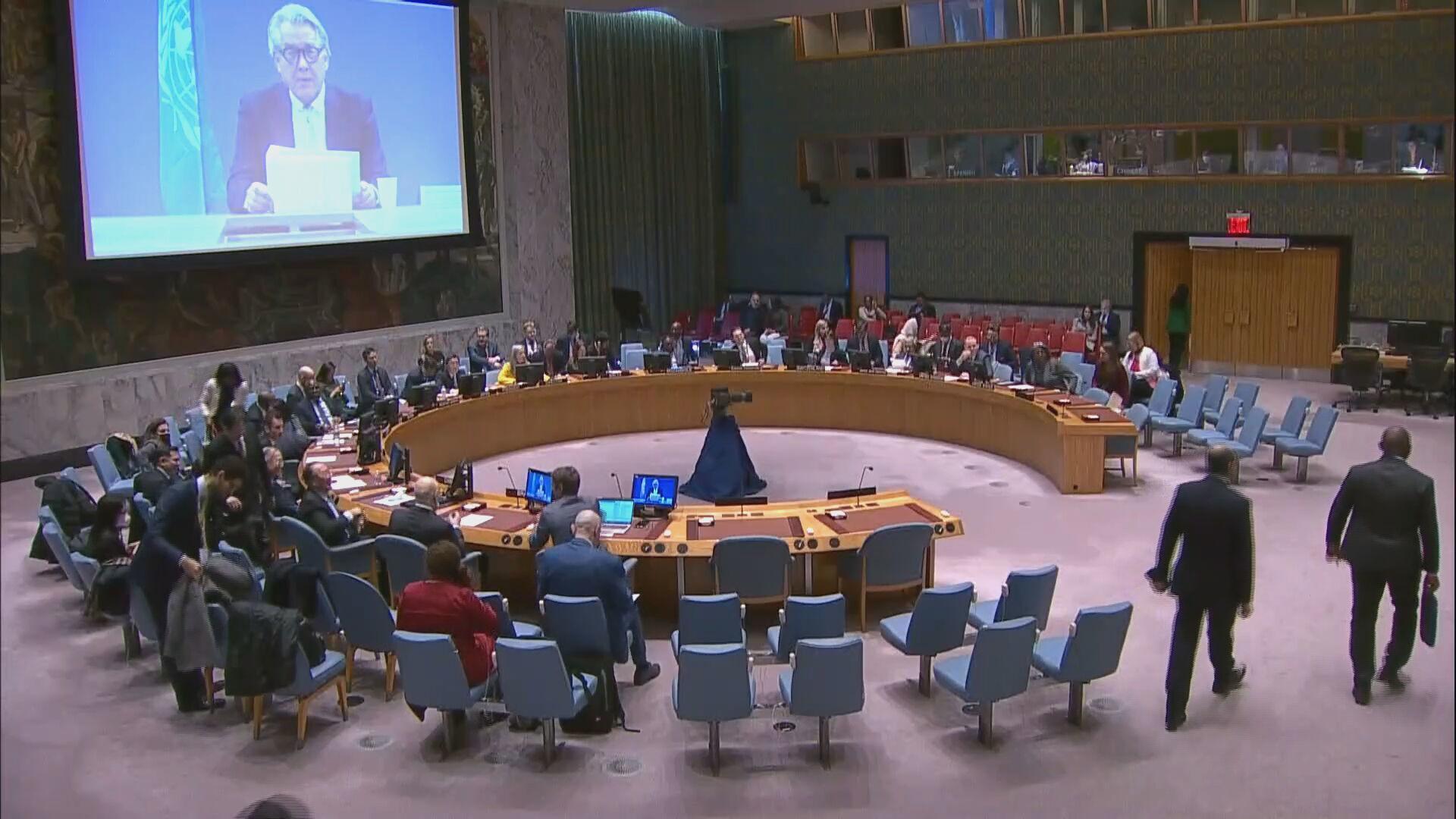 The UN Security Council held an open debate session in New York City on the Palestinian issue on Wednesday evening.

US Representative to the UN, Linda Thomas-Greenfield assured that “The United States remains firmly committed to a two-state solution. Two states, living side by side in peace and security, is the best way to ensure equal measures of freedom, prosperity, and democracy for Israelis and Palestinians.”

Riyad Mansour, Permanent Observer of Palestine to the United Nations called for more action by the international community saying “There is a choice to be made and it cannot be delayed any further. Inaction is, was and will always be the wrong choice. When in doubt, consult the situation on the ground, the reality there tells you where inaction leads. Mr. President, we face this absurd situation where impunity is enjoyed by those who violate the law and collective punishment is endured by those entitled to its protection.”

On his part Gilad Erdan, Israel’s Ambassador to the UN countered “Over and over again we have heard how the past year has been the deadliest year for the Palestinians. We have heard this from both the Palestinian representative and from Mr. Wenesland, and we have read this in numerous UN reports. Yet, these numbers and statistics or not facts not even close they are based on a fundamentally flawed and biased methodology, a methodology of discrimination which Israel refuses to accept – discrimination against Israeli victims while exaggerating for the Palestinian numbers.”

The debate comes after more than 90 countries called on Israel to reverse sanctions imposed against the Palestinian Authority, including the scrapping of funds, travel permits and benefits to officials, among other measures. Israel’s move came after the UN General Assembly approved a resolution promoted by the Palestinians requesting the International Court of Justice to step in on the Israeli-Palestinian conflict.