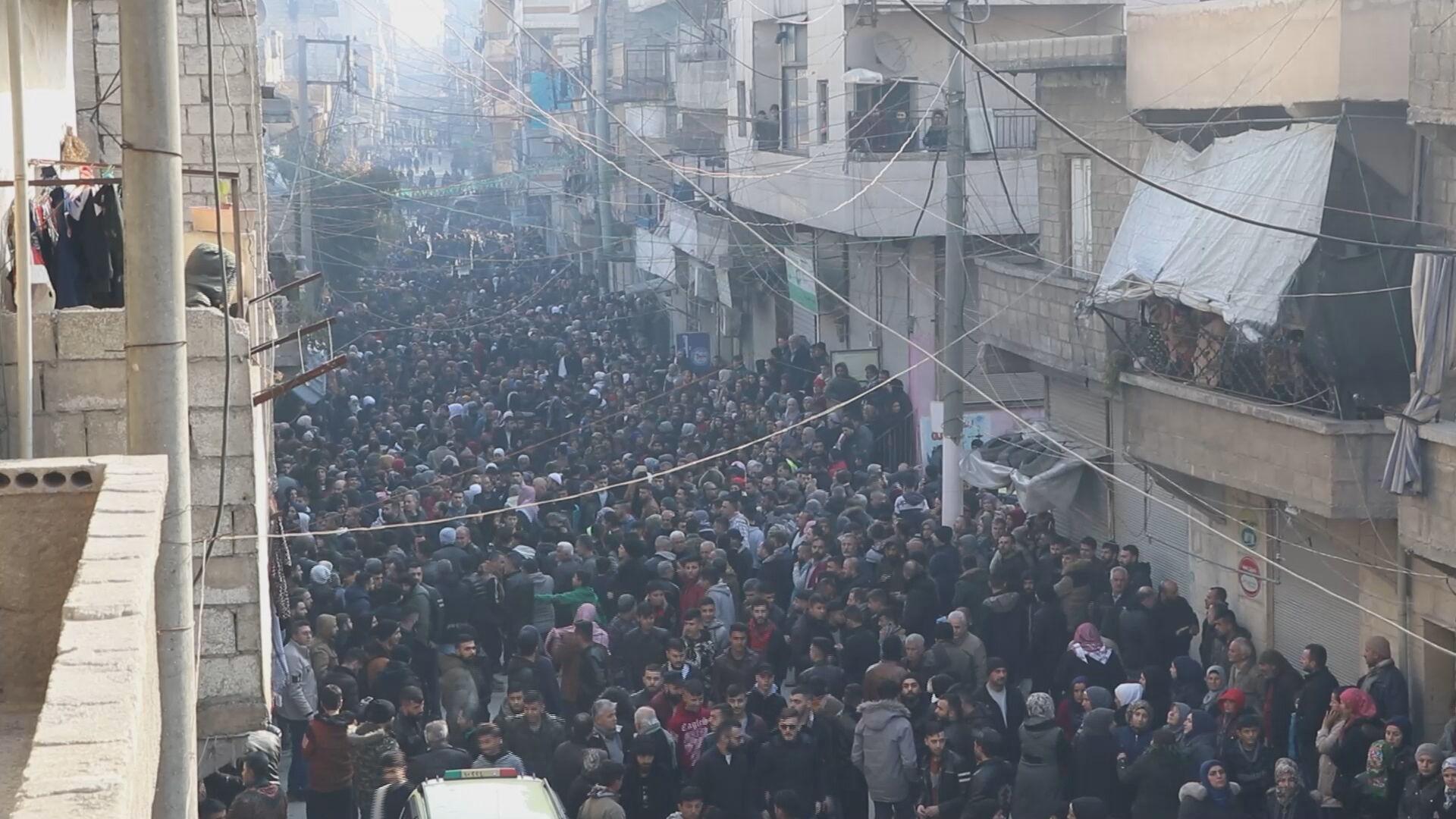 Thousands of Aleppo residents participated, on Monday, in funeral procession of the 16 victims who died after a building collapsed in the city a day earlier.

Footage shows thousands of Syrians from Sheikh Maqsoud and Ashrafieh neighbourhoods marching and carrying coffins while heading to the cemetery located in Sheikh Maqsoud Gharbi to the funeral of the victims.

Although Aleppo is held by President Assad’s government, this particular district is controlled by the US-backed Kurdish-led Syrian Democratic Forces.

The group has blamed the government for ‘banning for years the entry of basic materials into the neighbourhood, obstructing efforts to stabilise and restore life in the area’. There has been no comment on the allegation from the central.

The eastern neighbourhoods of Aleppo had witnessed several building collapses after the war, as many buildings were partially damaged during the 11-year civil war.