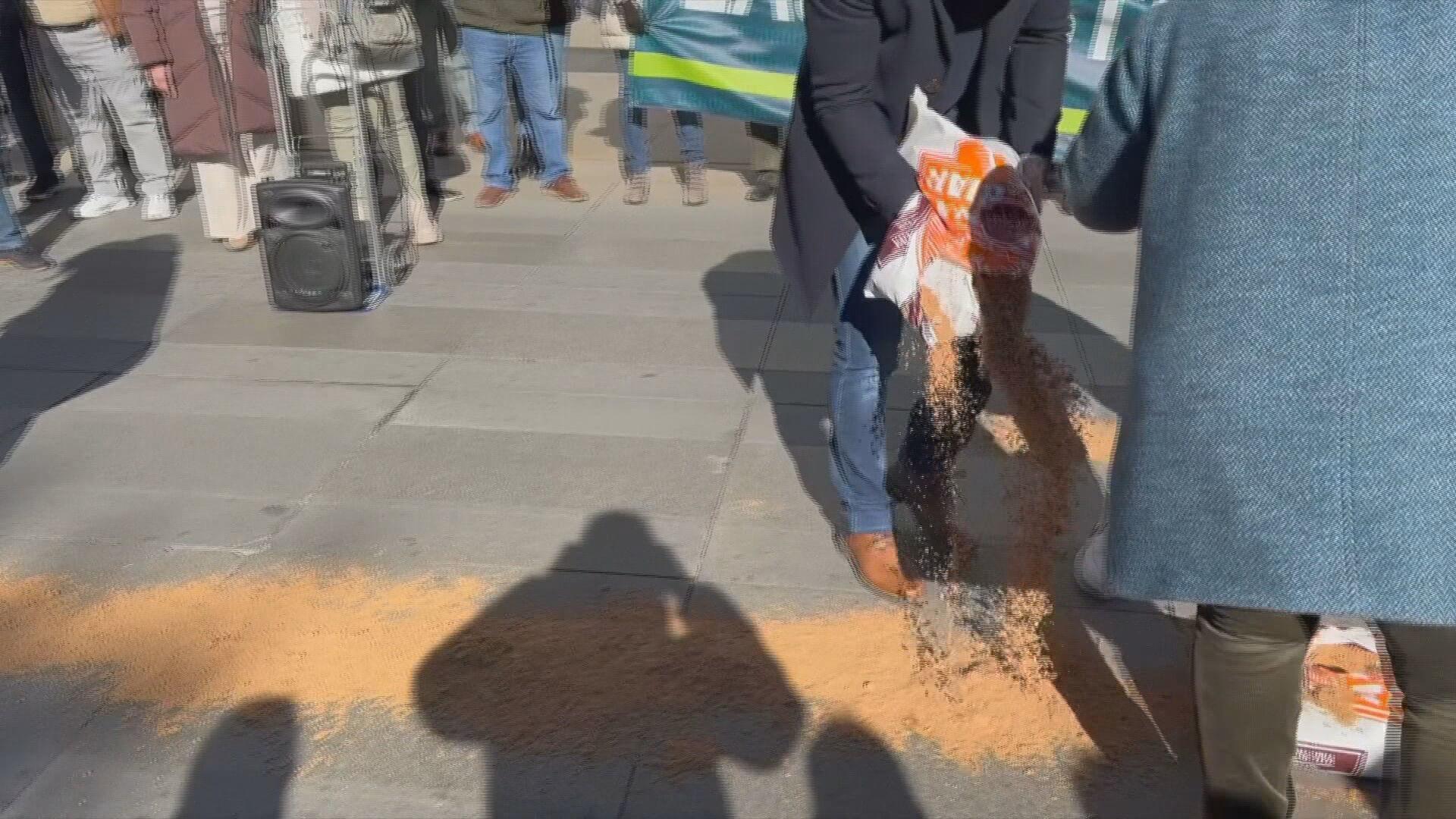 Hundreds of protesters spilled sand in front of the Congress of Deputies in Madrid, Saturday, to raise the government’s attention for the regression of beaches.

Protesters, among them residents of up to 40 towns on the Spanish east coast, emptied sandbags and poured water over the sand on the ground, demanding the government to take measures to regenerate the carrying capacity of the country’s beaches.

An affected resident from the east coast said, “Only we, from the Mediterranean are receiving what is the contribution of sand, but that is proven that it does not solve anything. And what we are demanding is a definitive solution to alleviate this regression because we are running out of sand.”

Another protester stated “At least 30 meters of the beach have been lost and we already have it (the sea) right next to the wall.” and added “If they don’t fix it, we’ll even be left without a town.”

Shoreline erosion is induced by rising sea levels and is a global phenomenon that has severe economic impacts on affected regions that for instance depend on the recreational quality of beaches for tourism.