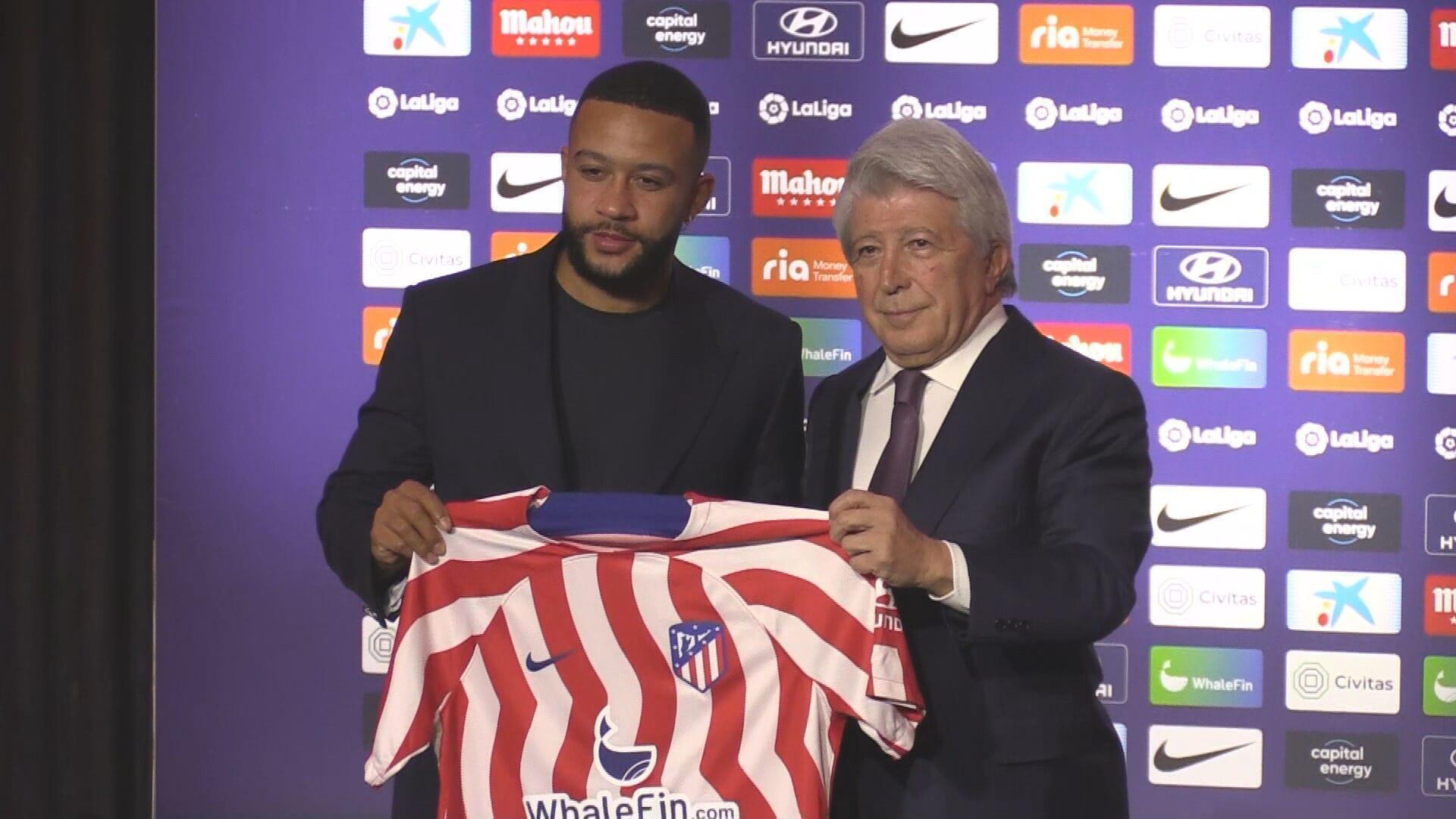 Netherlands forward Memphis Depay was welcomed to Atletico de Madrid by club President Enrique Cerezo during a press conference at the Metropolitano stadium on Friday.

“Dear Memphis, welcome to Atletico de Madrid. We know that you will defend the red and white colours of our great club with passion, effort and sacrifice. We wish you good luck in this club,” Atletico’s President said.

In response, Depay praised his new club for its ‘fighting spirit’ and said he had received positive feelings from the team and its board.

“Of course, I had the experience of last season of playing in La Liga and I experienced playing against them, last year when I came here for the first time. I was very impressed with the new stadium they have, the intensity they play, their fighting spirit,” the Dutch footballer said.

“The feeling I got from the whole board of the club, was that they really wanted me to be here and help the team. For me that’s really important, that’s one of the most important decisions,” he added.

“He is a great football player, had great success here and in other clubs. I think we are different football players actually. I like to be not compared, I think every player has the right to be his own great player,” Depay explained.