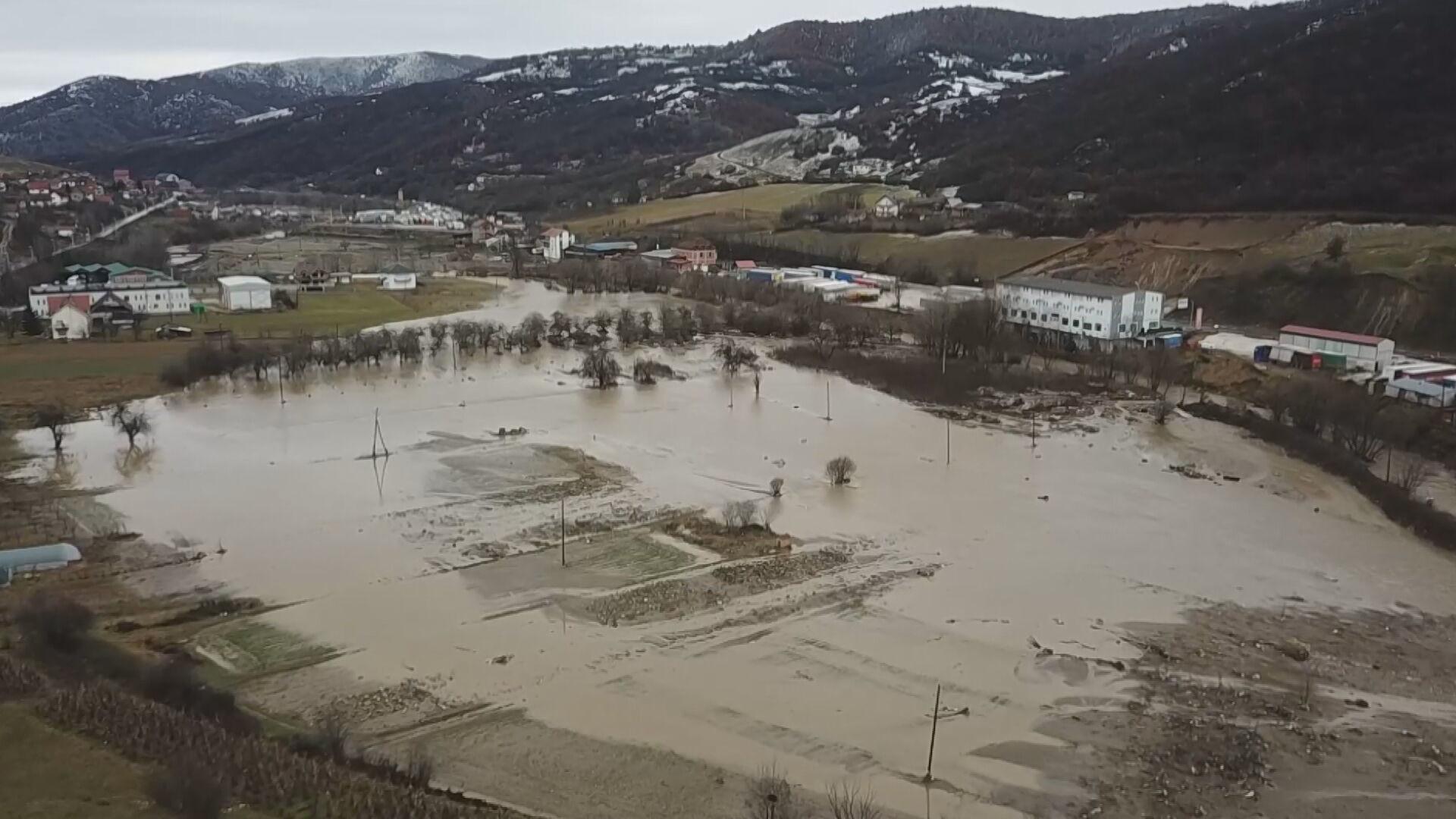 Two people were missing after floods wreaked havoc in Novi Pazar on Friday.Footage shows rescuers and volunteers searching for the missing, while drone footage revealed the extent of the disaster.

Speaking during a press conference, Ismail Dupljak, Chief of Staff for Emergency Situations Novi Pazar said, “Our fellow citizens who disappeared have not yet been found. All services are looking for them. We are looking at the beds of the Raska and Josanica rivers. We are waiting for the diving units of the Gendarmerie to join in the search for the missing.”

A resident, Mile Biorac described the damage he has suffered alongside countless other people across Serbia, saying “I have a wheat field downstairs and it is flooded. There is no harvest for this year, there is nothing. We invested a lot in cleaning the riverbed.“

Large areas of Serbia and Kosovo were hit by floods, with houses, roads and other infrastructure, as well as valleys and forestland submerged by water. Many schools were closed and traffic disrupted. Several authorities in the country have declared an emergency.