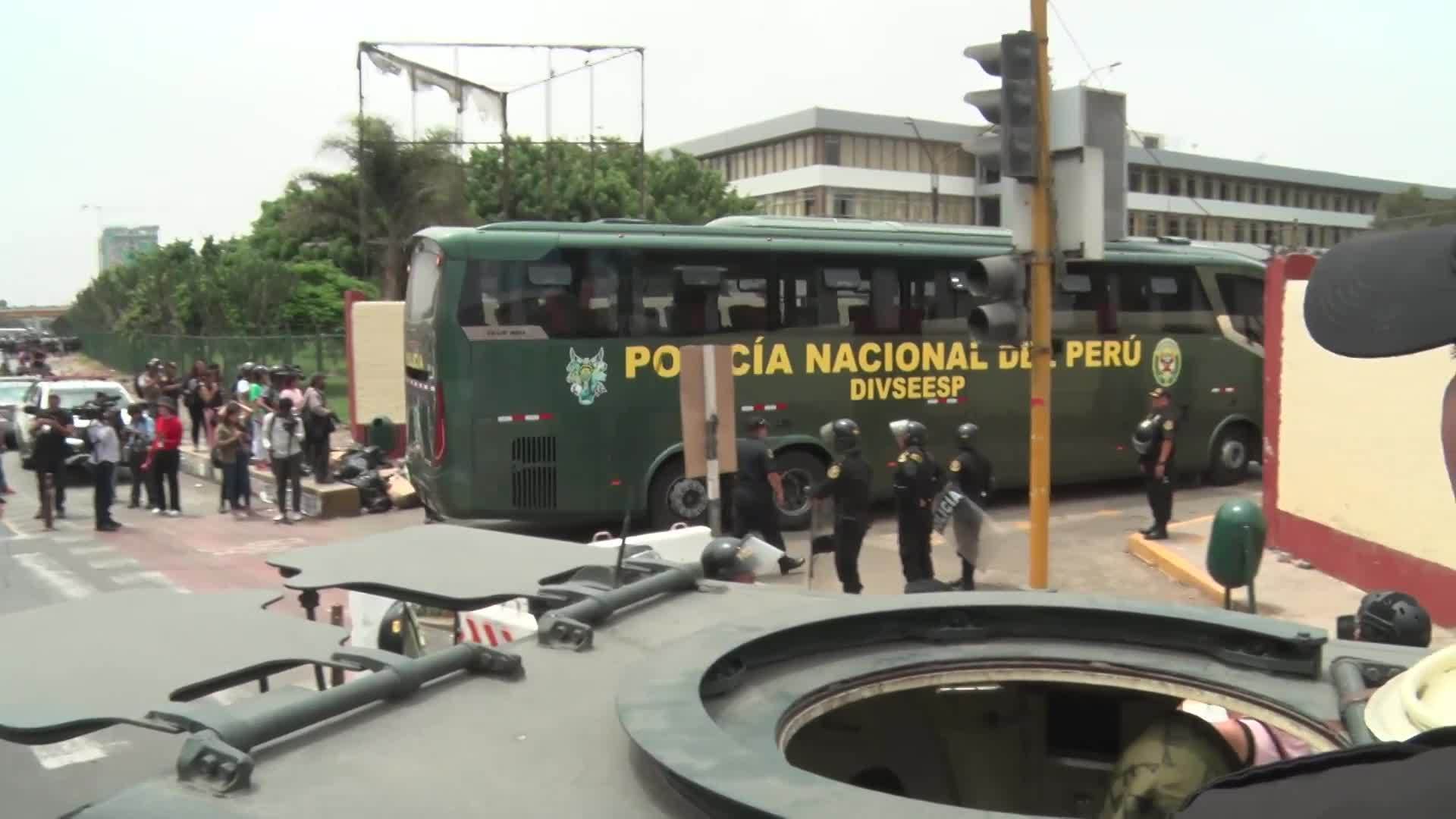 Police stormed the campus of the National University of San Marcos in Lima on Saturday to arrest hundreds of protesters for illegally trespassing the campus.

Footage shows police arresting several protesters and transporting them on a bus them away after scuffles broke out during the incident. According to local media, 205 people were taken into custody.

Speaking during an interview, Efranin Sulca, claiming to represent the demonstrators, said “Gentlemen, we arrived here due to complaints from social networks. We are from the city of Puno. My person convenes the Committee for the Legal Defense of the South and we are coming here to defend the human rights of the peasant brothers, Quechuas, Aymaras and native peoples of deep Peru. […] I want to record that the police have assaulted me.”

The situation came after a group of protesters stormed the campus on Friday and removed security staff from campus while taking their equipment, according to a statement by the university. Peru has closed Machu Picchu due to the ongoing unrest, according to the Ministry of Culture, leaving hundreds of tourists stranded at the famed tourist site.