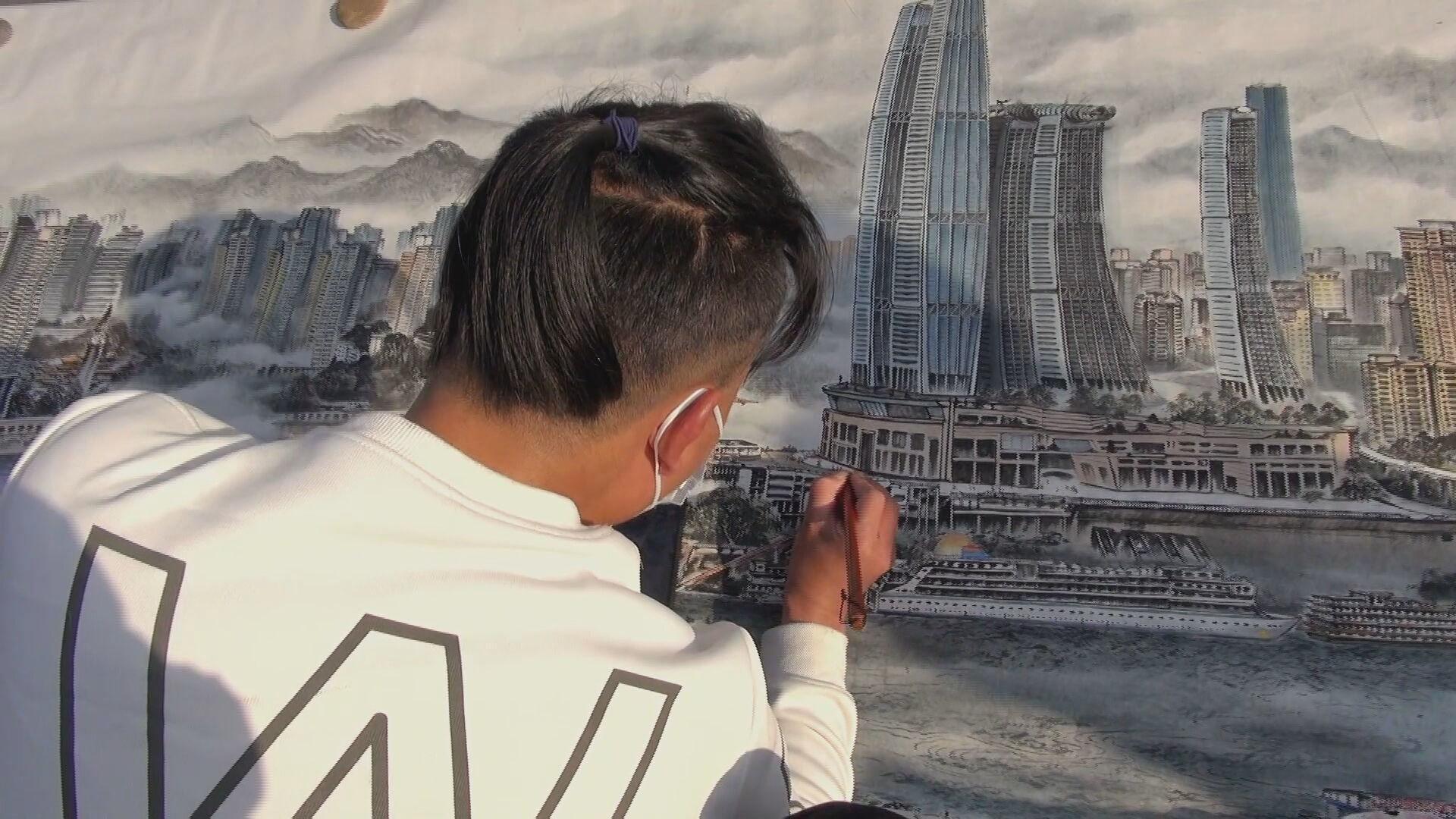 Artist and traveller Zhai Yunchuan unveiled a truly epic work in Suining on Thursday, a huge work – and still unfinished – painting of his journey along the Yangtze River.

“This work started in April 2017,” he explained. “This is the long scroll of the Yangtze River that is being created now. Overall, it has been five years. … Now it will take about a year and a half to complete the painting of this scroll in Chongqing (at the western end of the river).”

Footage shows locals stopping to take a look at the huge painting, which covers hundreds of metres already and will eventually stretch up to a kilometre in total.

“I am self-taught, and my master (teacher) is also self-taught, so I have not systematically studied this painting, and basically rely on my own understanding and speculation to paint it to the present situation,” he stated.

Zhai says he got the idea when he was just 16, and has visited over 100 cities in his quest to complete it. The Yangtze is the longest river in Eurasia and third-longest in the world.