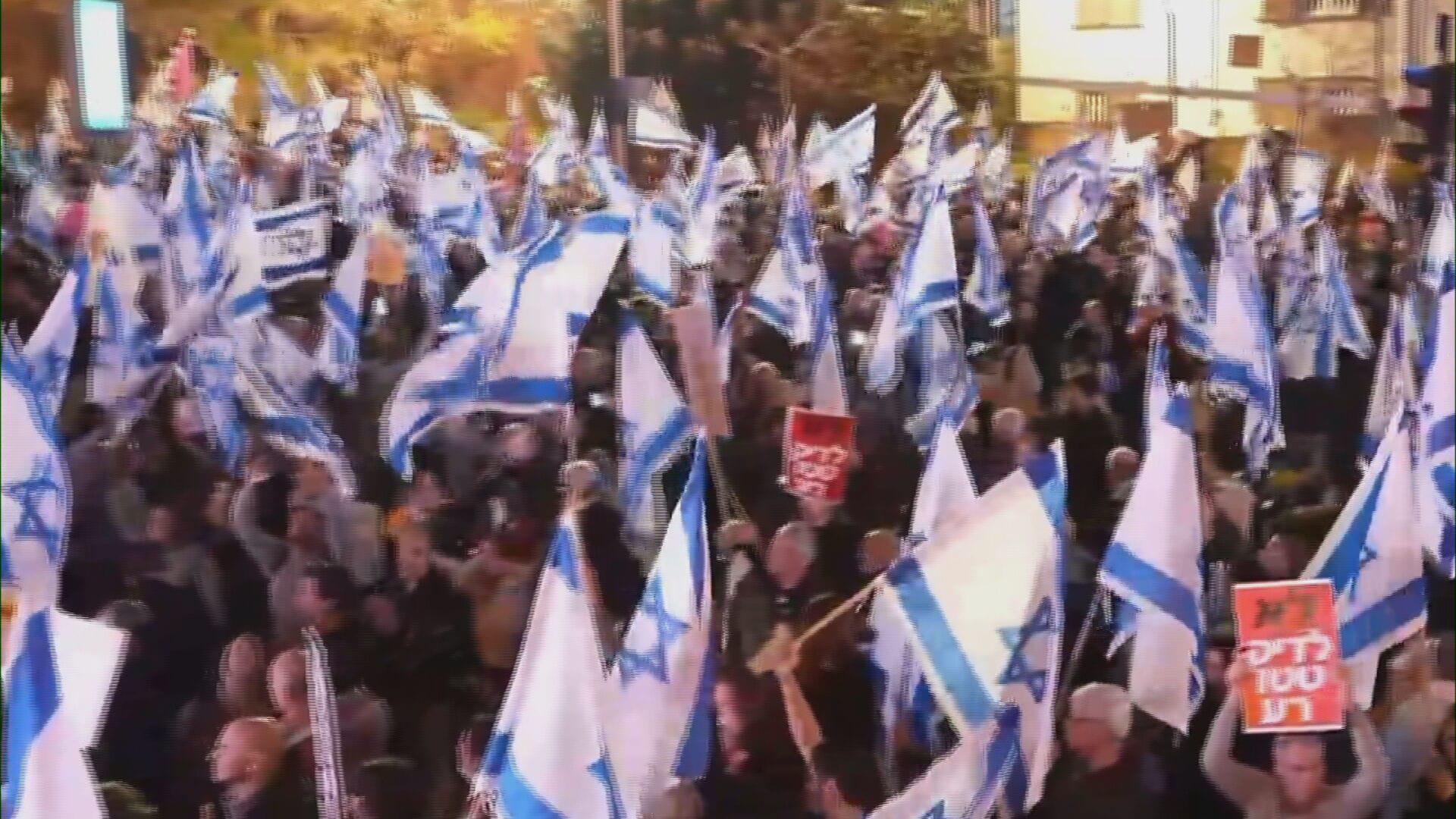 Tens of thousands gathered in Tel-Aviv on Saturday to protest against Prime Minister Benjamin Netanyahu’s government.

The protest was directed against judicial reforms announced earlier this month by new Justice Minister Yariv Levin which will give lawmakers increased powers over the Supreme Court. According to police estimates around 100,000 protesters participated in the rally.

Netanyahu himself stated that the move will restore balance between the legislative, executive and judiciary.

Thousands also demonstrated in Jerusalem, outside Benjamin Netanyahu’s home as well as in Haifa and Rosh Pina.