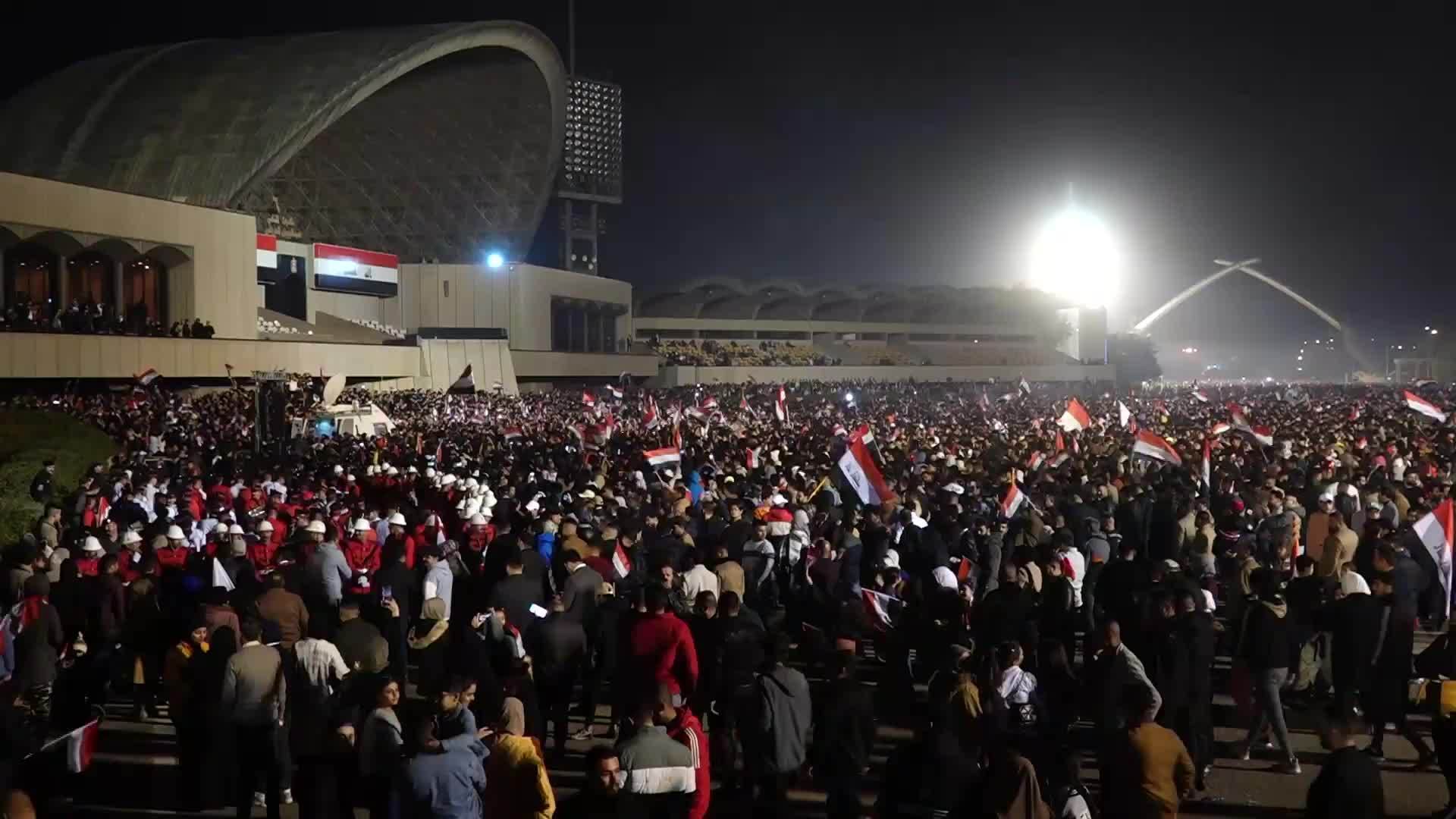 Thousands of football fans gathered at Grand Festivities Square in Baghdad on Friday to celebrate the Iraqi national football team’s sensational 3-2 victory over Oman on Thursday, winning the Arabian Gulf Cup for the first time since 1988.

“This joy is indescribable. I mean, we have not been happy since 2007. This is the first joy for the Iraqis. We are full of feelings. We ask the Iraqi government to support Iraqi sport because it is the outlet for this people, and the Iraqi people have football as their true joy,” shared a local football fan Miqdad Abdullah.

The final match of the Arabian Gulf Cup went ahead despite a deadly stampede at the Basra stadium a few hours before the game.

Four people were confirmed dead and local media reports suggested around 80 people were ‘critical’ following the incident ahead of the football match.