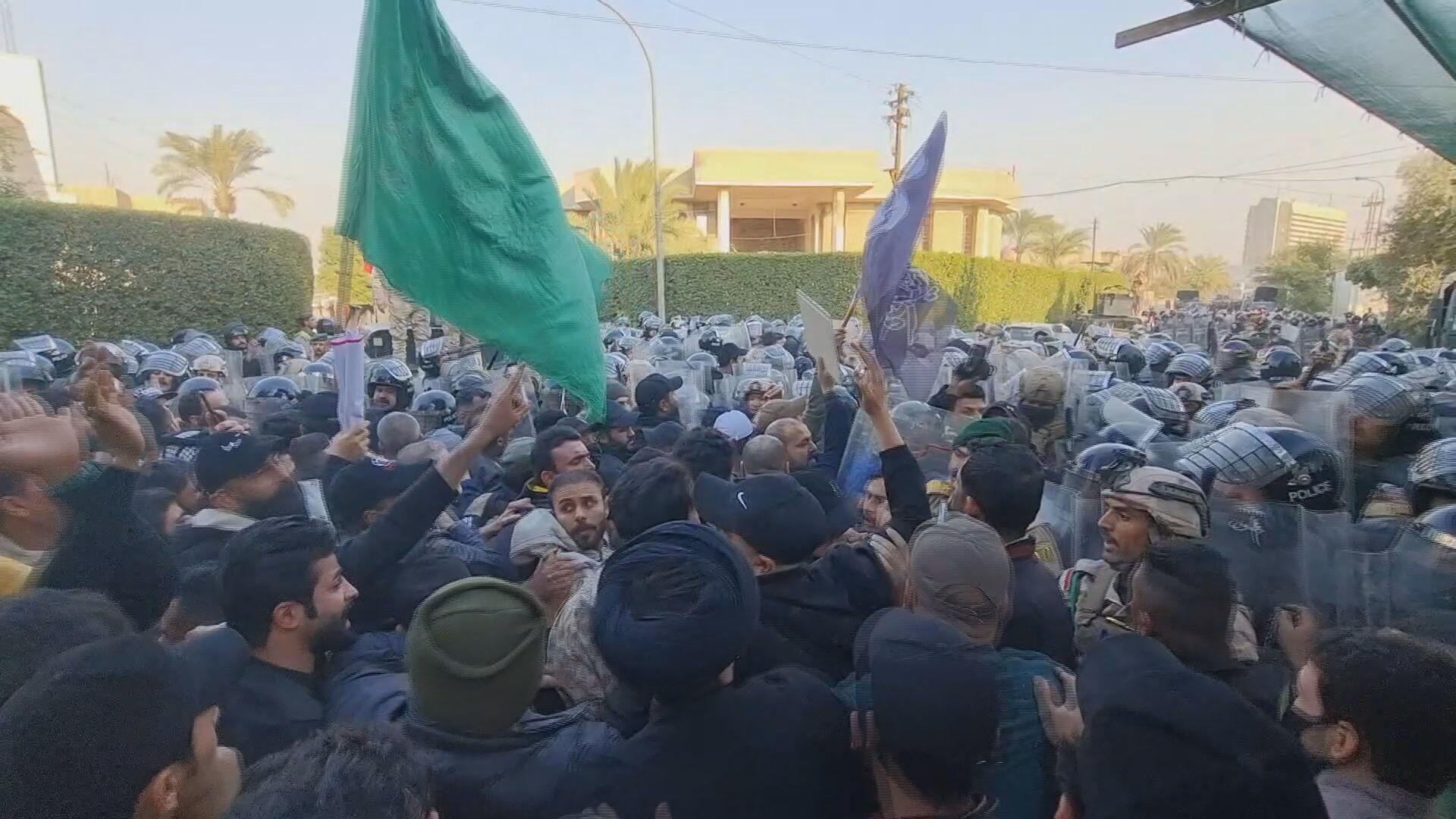 Clashes erupted between protesters and Iraqi security forces, protecting the Swedish Embassy in Baghdad on Monday, days after Danish far-right politician Rasmus Paludan burned a Quran in front of the Turkish embassy in Sweden.

Hundreds of protesters could be seen throwing stones and water bottles toward officers, who in turn attempted to disperse protesters. According to media reports, a police officer was injured alongside seven protesters.

Earlier on the day, Sadrist movement Leader, Muqtada al-Sadr, called their supporters to ‘collect millions of signatures and send them to the Swedish embassy, in protest against the burning of the Qur’an.”