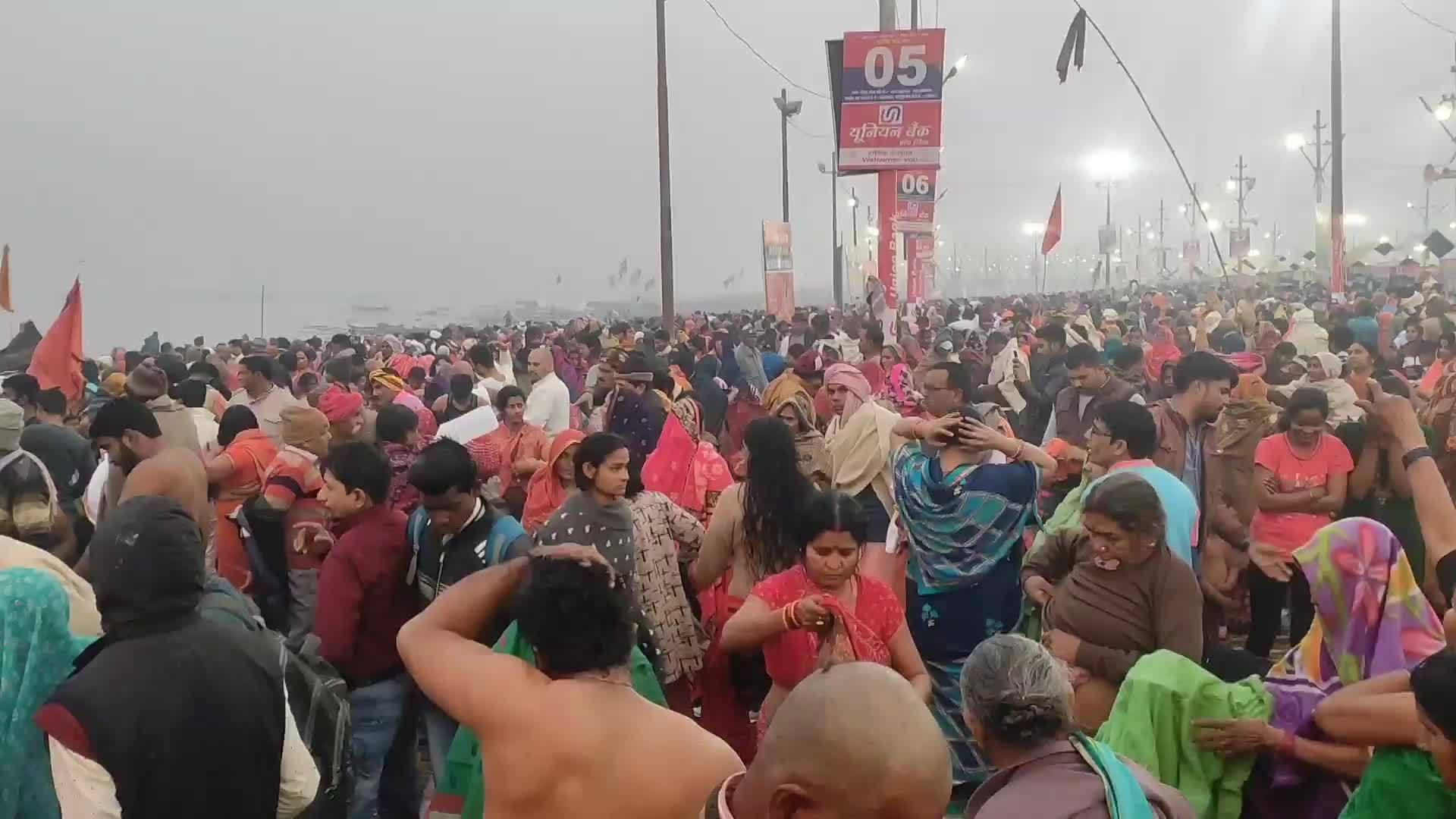 Thousands of Hindu worshippers gathered on the Ganges river bank in Prayagraj’s Sangam ghat on Saturday to perform a spiritual swim on the occasion of Mauni Amavasya.

Sangam was filled with crowds of worshippers who entered the water and performed rituals on the Ganges river bank. It is believed that one should be silent as much as possible on this day, take a dip in the Ganges, while arguments, lying, or visiting a cemetery should be avoided. “Taking a royal bath keeps the mind calm, our thoughts etcetera, remain under control, and determination and confidence remain in mind,” said one of the devotees.

According to officials, since late Friday evening, more than five million worshippers have performed the ritual at Sangam attracting believers from across India. Authorities deployed police and military forces to ensure order during the event.

Mauni Amavasya falls in the middle of the month of Magha and is also called Maghi Amavasya. During the whole month baths in the Ganges are encouraged and considered a holy deed during the day the festival is held.