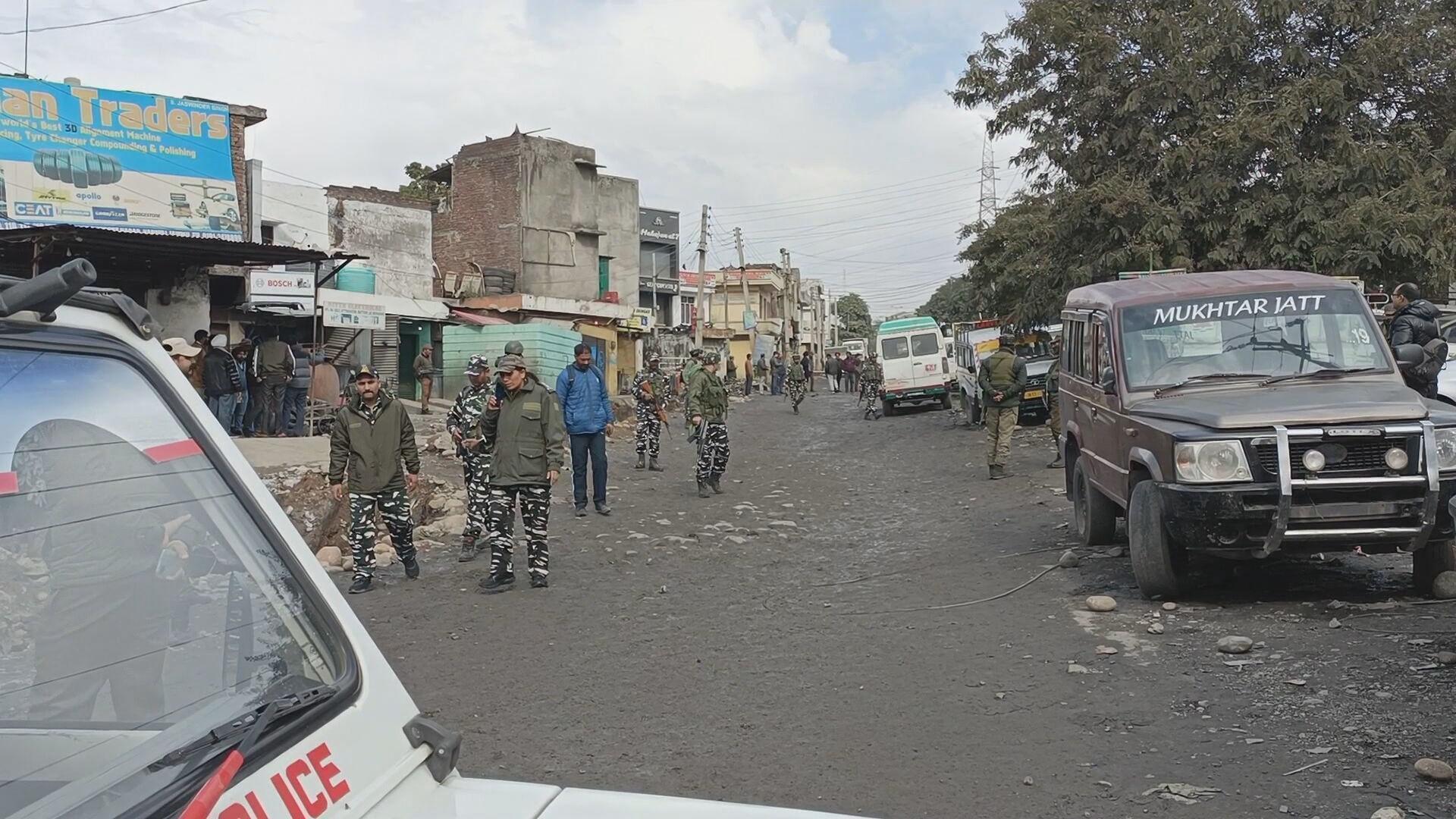 At least seven people were injured after multiple blasts rocked Jammu on Saturday.

A large contingent of security forces were deployed to secure the area in the city’s busy Nawal district. The two blasts which happened “back to back” according to a police spokesperson were suspected to have been caused by explosives that were planted onto parked cars.

In the footage security forces can be seen clearing and securing the site of the blasts.

Speaking during an inrterview, Deputy Mayor of Jammu Baldev Billawaria, said the incident was an attack on “peace and prosperity of our nation” ahead of Bharat Jodo Yatra, (English: Unite India March), a 3,570-kilometre (2,220 miles)-long, 150-day political mach initiated by the Indian National Congress (INC), which is scheduled to conclude in Jammu. The blasts also come five days ahead of Republic Day celebrations.

No group has claimed responsibility at the time of writing.