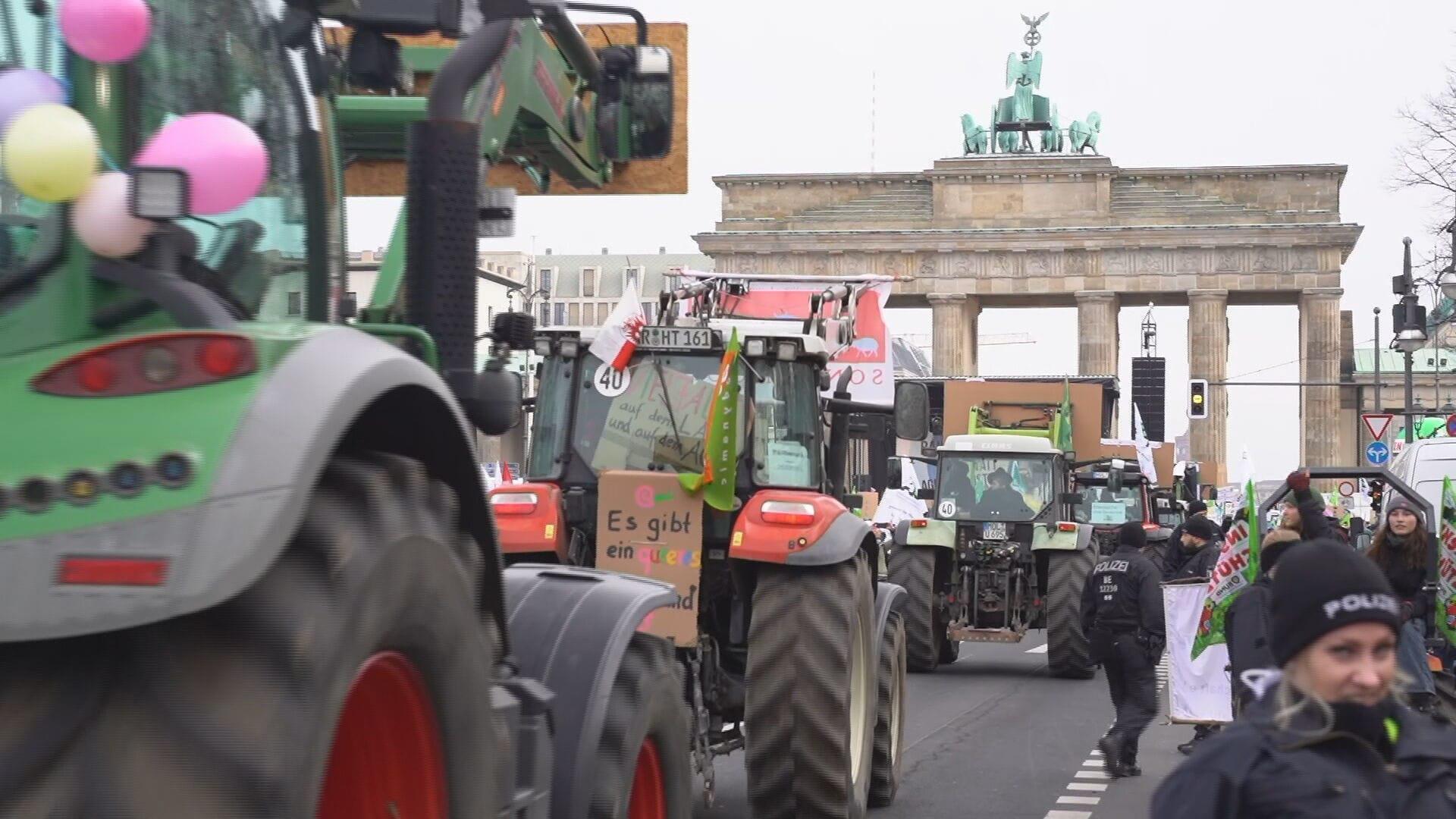 Thousands of protesters took to the streets of central Berlin on Saturday to demand environmentally friendly agriculture reforms as part of the annual ‘We have had enough’ demonstration.

Footage shows the procession being led by 55 tractors as it made its way towards the Brandenburg Gate. Protesters were seen waving flags and banners with messages such as, ‘Power to the farmers’.

‘We have had enough’ is an alliance of around 80 organizations calling for GMO-free food, species-appropriate animal husbandry and greater climate protection. At least 10,000 people attended the protest, according to event organisers, although police put the number at 7,000.

The demonstration has been taking place for several years now and coincides with Berlin’s ‘Green Week’ agricultural trade fair.