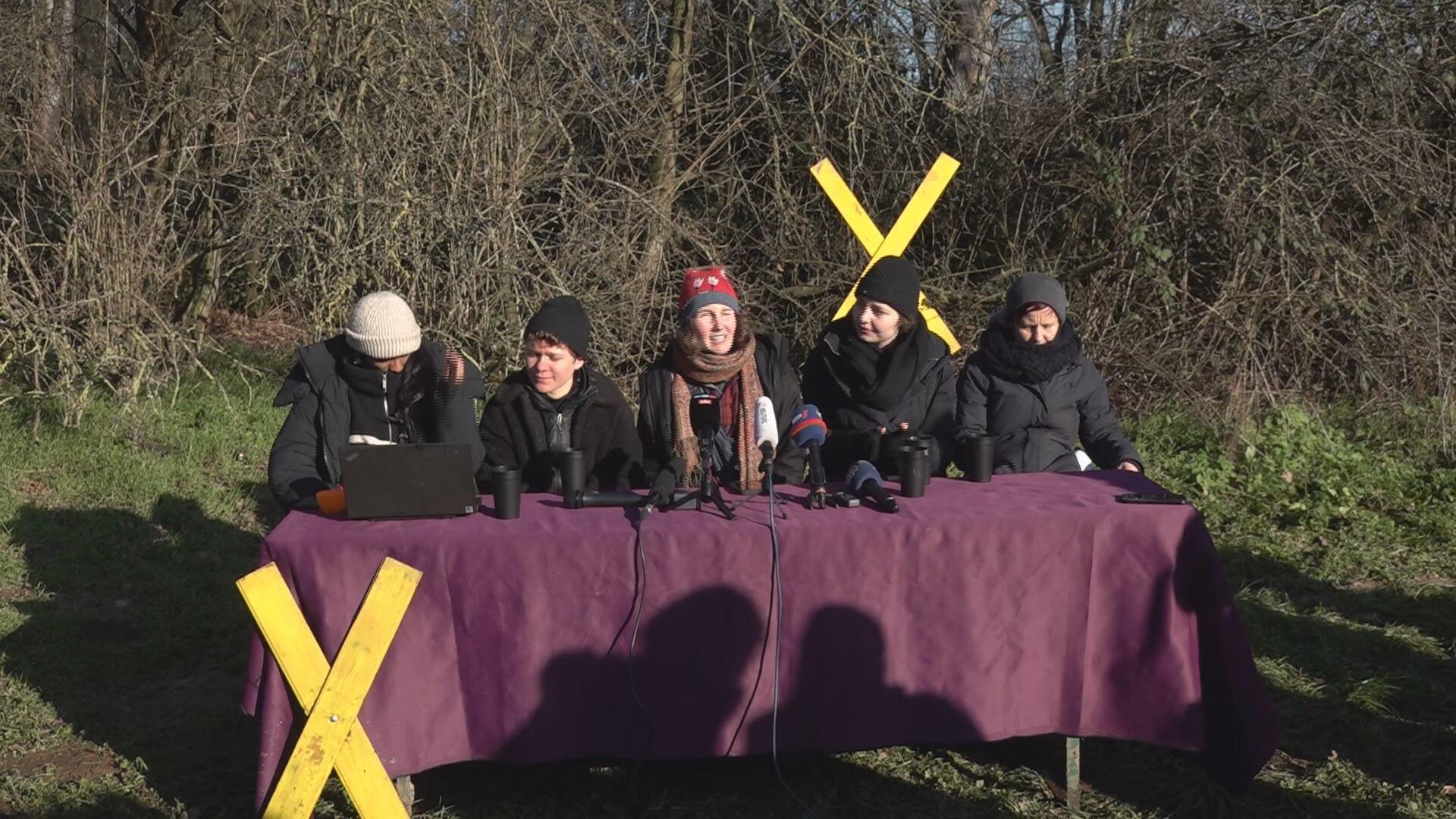 Environmental activists from various groups reflected on the protests against the planned coal mining expansions in Lutzerath, during a press conference in Keyenberg on Wednesday

Speaking one day after the eviction in Lutzerath had been completed, the activists expressed their concern over the lack of initiative by governments in favour of set climate targets and the position of the Green Party. „In a world that groans under multiple crises and where governments do not find solutions for them, we have exposed the ugly face of the government and especially of the Green Party here in Lutzerath“, said activist Lakshmi Thevasagayam.

Another activist, Zoe, stated „We saw road blockades, we saw direct action in the opencast mine, we saw a demonstration march from which people tried to break through and we saw that with the clearing of Lutzerath, this resistance is growing, it is being carried on and it is not broken.”

The comments came one day after the last two activists were evicted from an underground tunnel in Lutzerath.

Media reports claimed around 1,000 activists had occupied the abandoned village prior to the eviction, with groups including Extinction Rebellion, Last Generation and Scientist Rebellion all on-site.

Energy firm RWE is planning to tear down the remains of the village to develop the Garzweiler mine and extract 280 million tons of lignite by 2030.

The German coalition government has reversed several green energy policies amid the ongoing crisis, although still plans to phase out coal in the village’s state of North Rhine-Westphalia by 2030, eight years before the national target.