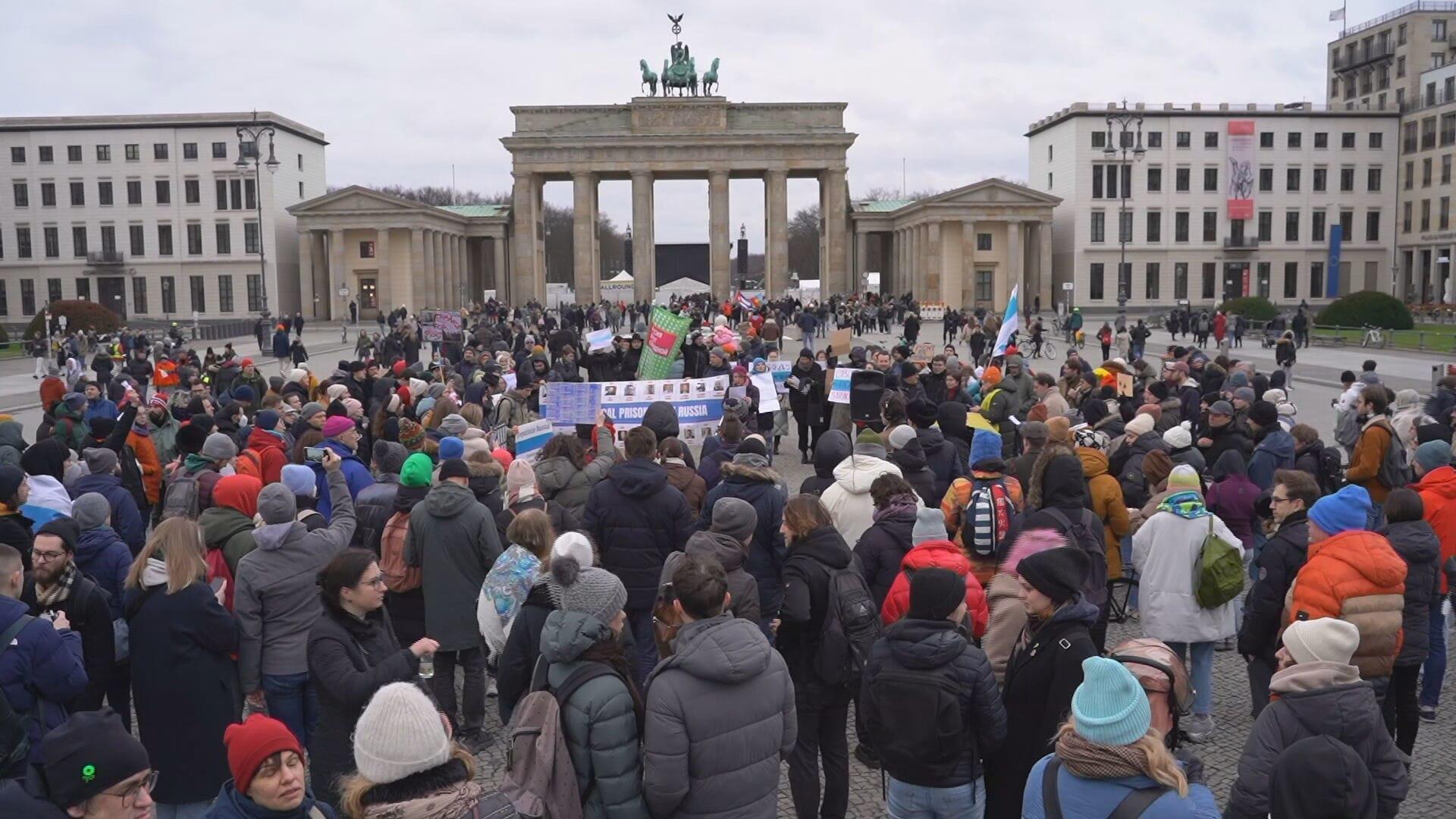 Dozens rallied in front of the Brandenburg Gate in Berlin on Saturday to protest against Russia-Ukraine conflict and in support of political prisoners in Russia.

Rallies were organised by jailed Russian opposition activist Alexei Navalny’s supporters in more than 60 cities all over the world.

The fraud case against Navalny was initiated over two years ago. According to the investigation, the politician stole and spent more than 350 million rubles donated to the Anti-Corruption Fund for personal needs.

Another court case that will be reviewed concerns insulting a judge who sentenced Navalny to a fine for libel against World War II veteran Ignat Artemenko in June last year. Navalny was arrested on January 17 as he returned from Germany, where he had been recovering from alleged poisoning.

He was later sentenced to three and a half years in a penal colony for violating probation terms. He has denied the charges.