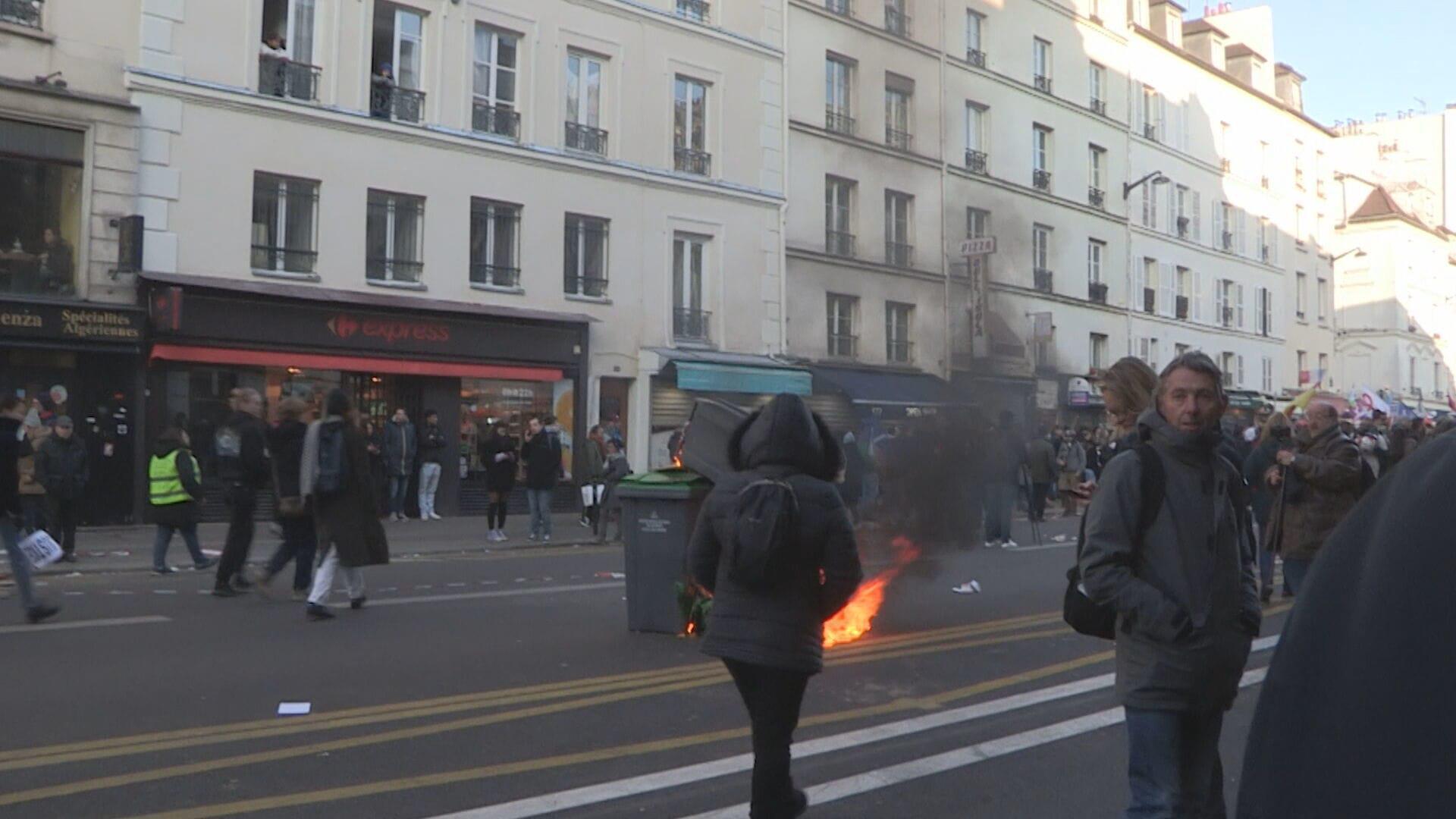 Tensions ran high at a protest against in Paris on Saturday against the pension reform announced by French president Emmanuel Macron.

Protesters burned trash cans in the streets, while facing a large police presence that was deployed to prevent the event from escalating.

Speaking during an interview, a protester said “The government is arrogant as usual. There is a historic mobilisation, the President of the Republic has gone on a trip abroad. These people are disconnected from reality.”

Another protester and member of La France Insoumise (LFI) party claimed most of workers in France oppose the reforms, stating „Macron is stubborn, he is totally in the minority. There are 92 or 93 percent of people in the workforce who are opposed to this reform.“

If passed by parliament, the Macron government’s divisive overhaul to pensions will see the retirement age rise from 62 to 64 by 2030, sparking widespread criticism and calls for industrial action.

According to Prime Minister Elisabeth Borne, the minimum age to be eligible for a full pension will increase gradually by three months every year.