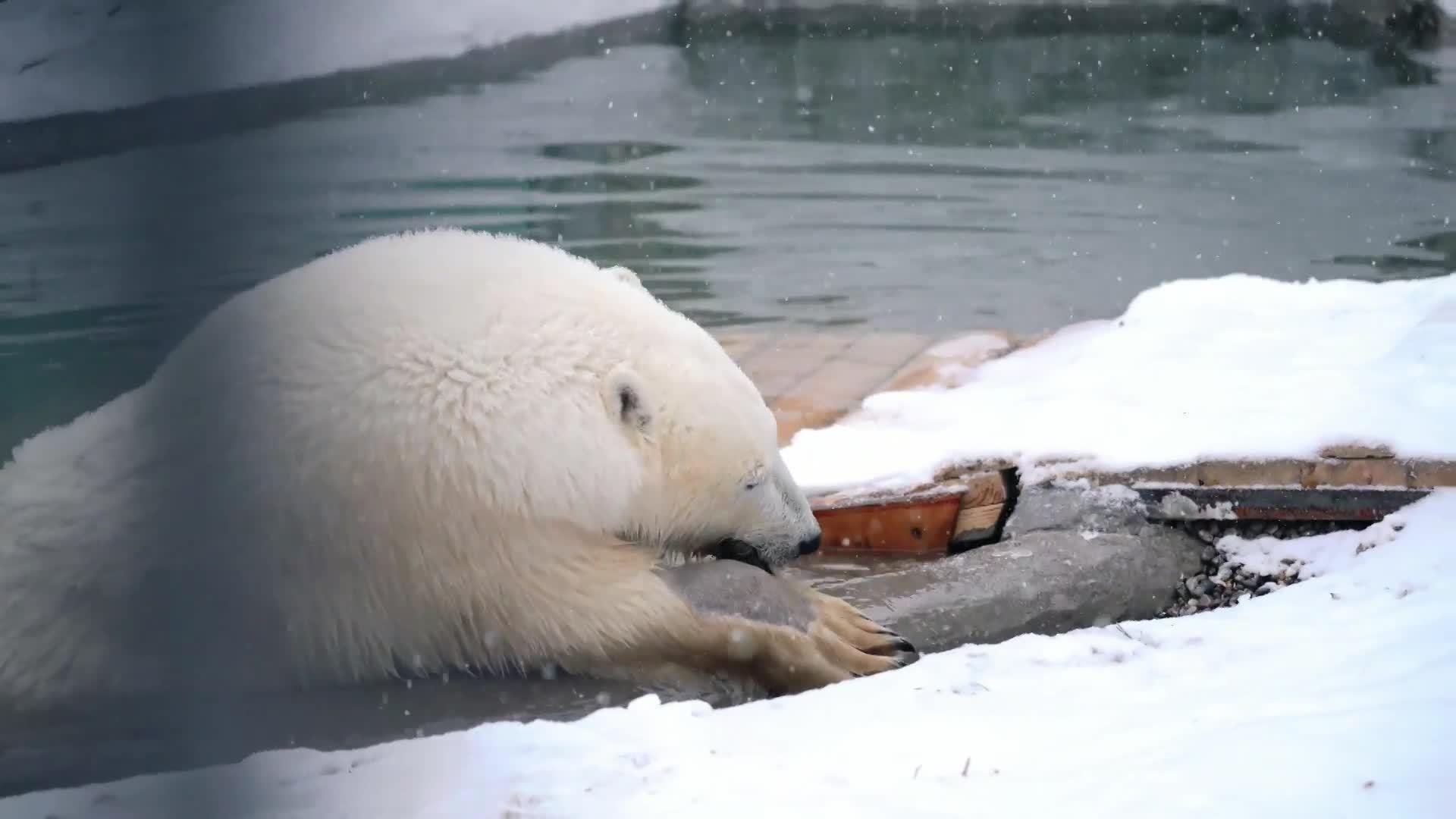 An injured bear named Dixon, discovered in the village of the same name, went out hunting for its first trout on Tuesday, after receiving rehabilitation treatment at the Moscow Zoo

“Zoologists launched a live trout into the bear’s pool, which he was immediately interested in. Dixon showed himself to be a real hunter, he cornered the fish and quickly grabbed it with his teeth,” said the Director-General of the Moscow Zoo Svetlana Akulova via her Telegram channel.

According to Akulova, Dixon’s nimble actions show that he already has hunting skills, which he was probably taught by his mother.

Akulova also said that zoologists will continue to arrange “fishing trips” for Dixon to develop his hunting instincts and stimulate his mobility.

The bear was originally found in the village of Dixon on September 3. He was barely able to move after having been shot several times. Zoologists from Moscow Zoo arrived quickly to provide first aid and transportation to the capital.

Neurologists examined him and diagnosed a spinal fracture, contusion of the spinal cord and myelopathy (a disease of the spine), meaning he won’t be able to walk again.

Surgery wasn’t possible, and so rehabilitation was his best chance of a full and comfortable life. In October, he was seen undergoing water therapy at the zoo.