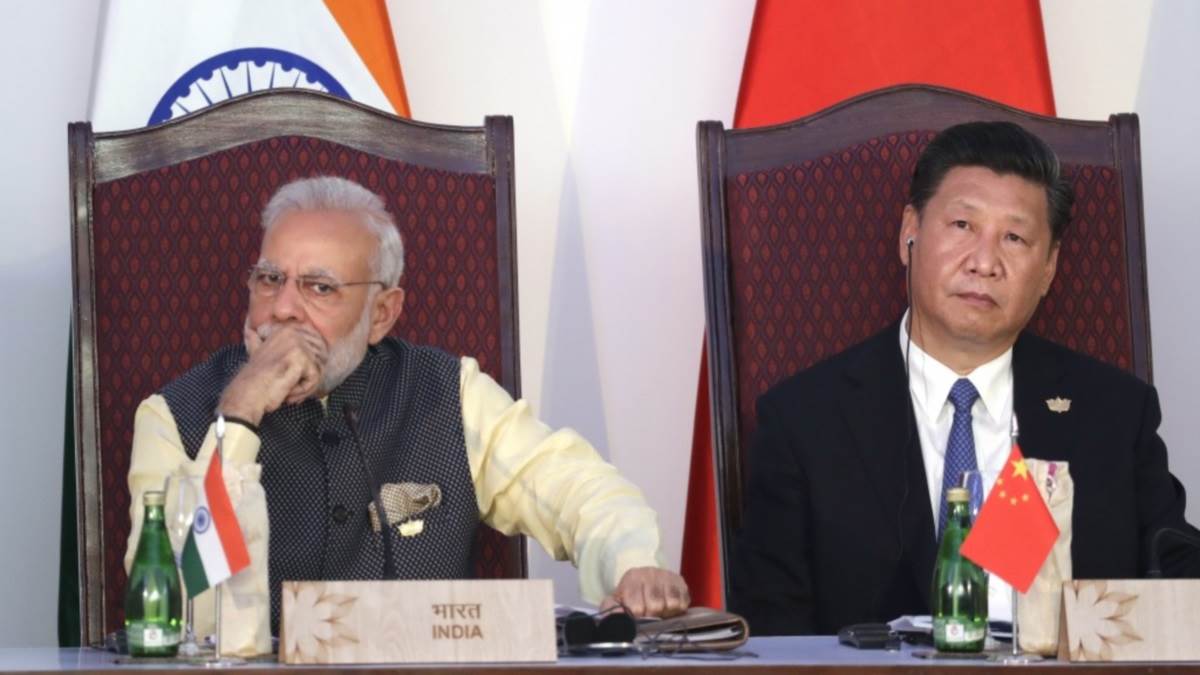 New Delhi, Jnn. Tensions between China and Taiwan have reached a peak after the visit of US Congressional President Nancy Pelosi. Most of the countries are divided into two parts regarding Taiwan. In this sequence, the Western countries stand with Taiwan along with America’s allies. India has retaliated strongly on China’s sore throat by mentioning Taiwan for the first time. India has mentioned the accumulation of destructive weapons by China in the Taiwan Strait. However, in the case of Taiwan, India did not open its cards for several days. It was part of Indian diplomacy. Before the India-China border dispute, India has been reposing faith in the One China policy, but India has indicated a change in its policy if the border dispute with China deepens. In such a situation, the question arises as to how India has reacted to Taiwan. What is the meaning of this reaction? What is the opinion of experts on this.

1- Foreign affairs expert Prof Harsh V Pant says that India has cleared its stand on the China-Taiwan dispute. Without naming China, India has said that meaningful efforts should be made to reduce tensions in East Asia. Let us tell you that Taiwan comes in East Asia and this statement of India has come at a time when no diplomatic solution to the border dispute with China has been found. Not only this, China is continuously adopting anti-India policy. China is fueling anti-India policies in Sri Lanka and Nepal. This has increased India’s strategic challenge. He said that this can be called a big step against the ‘One China Policy’. This statement proved that how India will deal with Taiwan or One China Policy in its own way.

2- Prof Pant says that India has changed the policy of One China Policy after China granted stapled visas to tourists visiting Arunachal Pradesh before the border dispute over eastern Ladakh. However, India has never publicly made any statement in favor or against the One Chine Policy. India never opened its cards. Prior to the case of Eastern Ladakh and Arunachal, he has been supporting China’s One China Policy. Now India has also started publicly shunning this policy. Arunachal is a state bordering China, which neighbors claim as southern Tibet.

3- Prof Pant insists that the Indian policy with regard to Taiwan has been mostly neutral. This is the reason why India remains silent on the China and Taiwan dispute. Here, after the India-China border dispute, there has been a change in the attitude of New Delhi. He said that perhaps India has spoken openly about Taiwan for the first time. India has expressed that Dragon does not consider this as India’s weakness, but its desire to build better relations with its neighbours. India has certainly been hurt by the way China recently tried to put pressure on the Sri Lankan government on the Hambantota port.

However, even after the strengthening of bilateral relations between India and Taiwan, nothing special has happened. In the year 2000, where trade between the two countries was one billion dollars, in 2019 it reached a little more than seven billion dollars. This figure is only one percent of Taiwan’s total trade. In 2016, only 33,500 Taiwanese tourists visited India. The same number of tourists went to India that year.