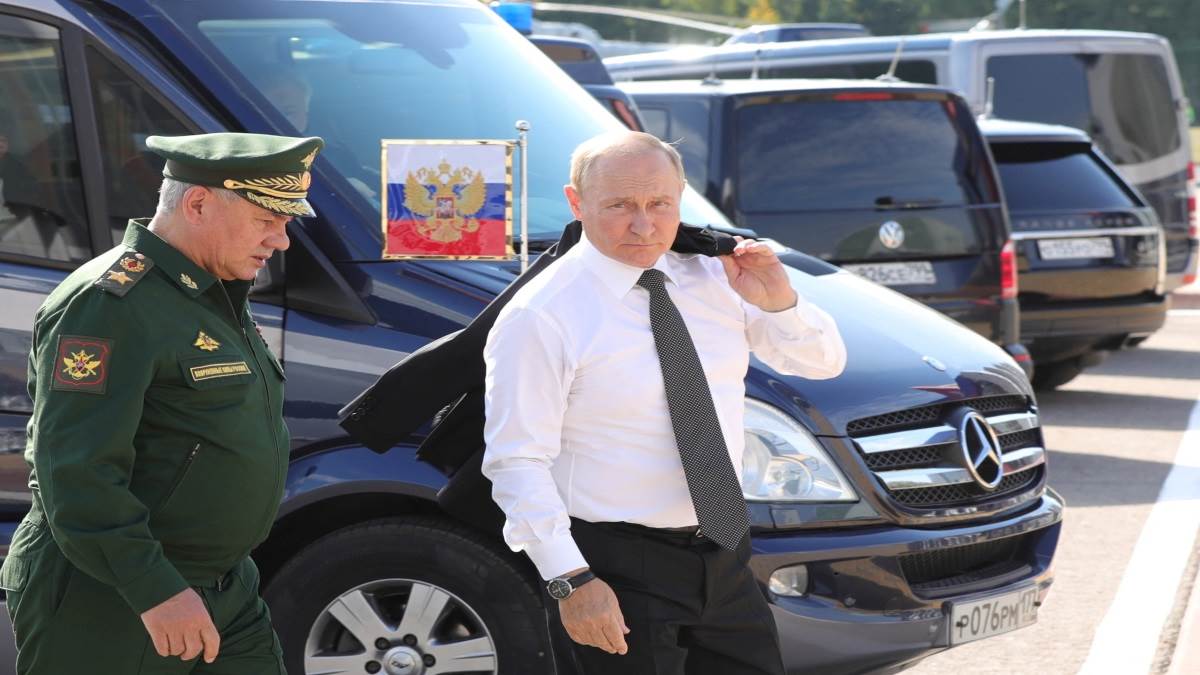 New Delhi, Jnn. Nuclear Attack in Ukraine: After the address of Russian President Vladimir Putin, the ears of the Western countries and America have stood up. In the midst of the Ukraine war, Russia’s president has ordered the military’s deterrence forces, including nuclear weapons, to be put on special alert. Putin told his defense chiefs that aggressive statements from the West made it necessary to do so. Putin has warned Ukraine and Western countries for the second time during the Ukraine war. America is shocked by the echo of Putin’s voice. The Biden administration is believed to have warned Putin through a private message. Let us know what is the whole matter.

1- Foreign affairs expert Prof Harsh V Pant says that Russian President Vladimir Putin could hardly have realized these consequences of the Ukraine war. In this war, so many soldiers of the Russian army would be martyred and the Russian President could hardly have imagined that the loss of life and property would be on such a large scale. In this war, the military aid being given to Ukraine by America and Western countries has presented a new challenge to Russia. This can be gauged from the fact that the Russian army has to retreat in the Ukraine war. This is affecting the morale of Russian soldiers.

2- Prof Pant said that President Putin knows that war can be stopped only through diplomacy and atomic bombs. The diplomatic route options are limited. Diplomatic initiative can be done only on human basis, efforts were also made for this but all was in vain. India also wants a diplomatic solution to this war. On the other hand, a superpower like Russia would be expecting its victory in this war. However, in this war Russia has secured its eastern and southern borders. Russia continues to dominate two such states of Ukraine, which secure its eastern and southern borders, but for a superpower like Russia, conquering Ukraine remains a matter of nose.

3- Prof Pant said that one decision of Putin can put the world in trouble. Putin must be distraught and frustrated by the juncture at which the Ukraine war stands. He also has great anger towards the West over this war. In such a situation, it is possible that Putin may decide on a nuclear attack. He said that Putin is understanding that this war is not easy for Russia because of the military cooperation of Western countries and America. Prof Pant said that if Russia uses atomic bombs, its effect will go to the western countries. In such a situation, its heat is sure to reach America. In this case its consequences would be dangerous. It can take the form of a world war.

The world had seen the fear of nuclear bombs

As far as nuclear attacks are concerned, so far the world has been attacked twice with atomic bombs. The world has seen its dire consequences. Due to its use, there was a great loss of public money. Both the attacks were done by America 77 years ago. The US dropped atomic bombs on two Japanese cities. The US dropped atomic bombs on the Japanese cities of Hiroshima and Nagasaki. It is believed that more than 80,000 people died in Hiroshima and 70,000 in Nagasaki. Atomic bombs release large amounts of radiation or radiation. Therefore, their effect lasts for a very long time after the blast.