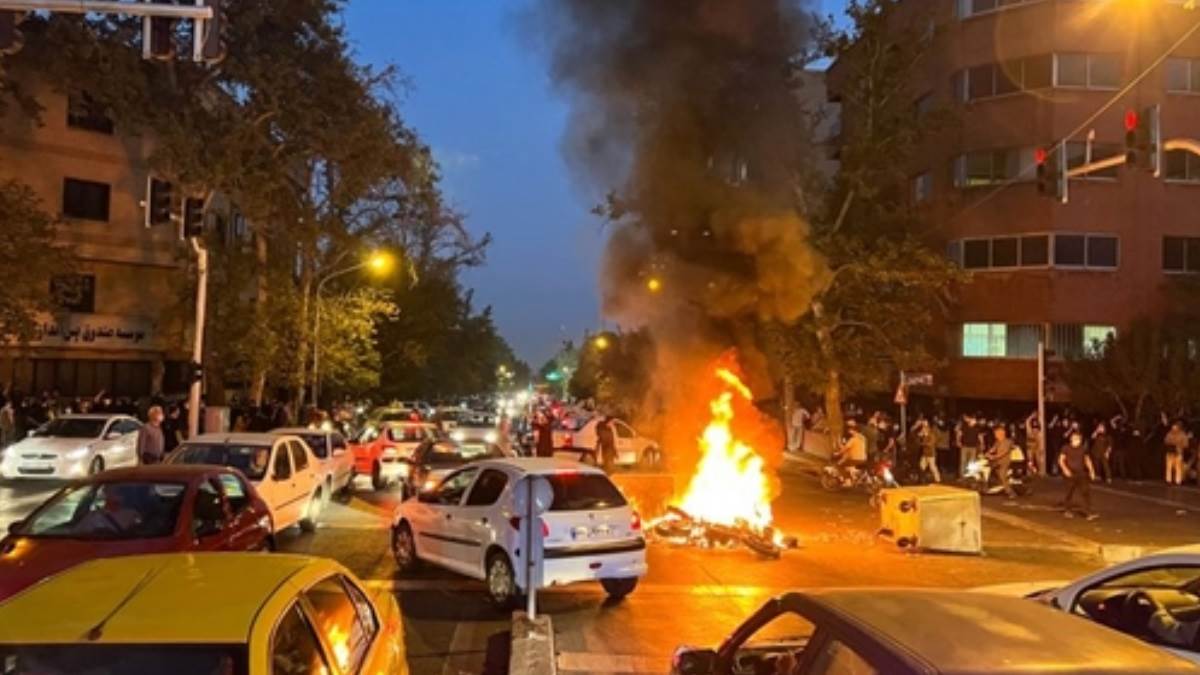 New York, Agency. The controversy regarding the hijab in the Islamic country of Iran is at its peak, yet the Iranian government is adamant on its stand. Iranian President Ibrahim Raisi told Iranians protesting against the hijab that anarchy would not be accepted, news agency Reuters reported. That is why the Iranian military also issued a stern warning, saying that it would counter the enemies to ensure security in the nationwide demonstrations.

Announcement of sanctions on Iranian military and security forces

Meanwhile, the US announced sanctions on Iranian military and security forces for moral policing, saying it was responsible for the death of a 22-year-old girl. 26 protesters have been killed in violent protests following the death of Mahsa Amini in Moral police custody for not wearing a hijab.

Order for investigation into the death of Mahsa Amini

Iranian President Ibrahim Raisi told a press conference on the sidelines of the United Nations General Assembly in New York that he had ordered an investigation into the death of Mahsa Amini. She died in police custody for not wearing a hijab as per Islamic decree. Raisi also objected to the excessive media coverage of the Amini case, saying it was the double standards of the media.

Men and women killed in encounters

Every day men and women are being killed in police encounters in different countries including America. But there is no sensitivity towards it. Amidst the ongoing nationwide demonstrations in Iran, the US has imposed sanctions on the army and security forces working for Iran’s Moral Police.

accused of violating the rights of the people

The US Treasury Department has also accused Moral Police of violating the rights of people protesting peacefully. The US has imposed sanctions on seven senior Iranian military officers and security officials. It also includes the name of the head of the Iranian army.

The death of Amini is the cruelty of the Iranian regime

Treasury Minister Janet Yalen said Amini’s death was another example of the brutality of the Iranian regime. US Secretary of State Antoine Blinken issued a statement saying that the Iranian government should stop harassing women in a phased manner. Peaceful protests should be allowed. The Iranian mission to the United Nations did not immediately comment on the sanctions.

Also read- In Iran, protests against the mandatory hijab spread to 50 cities; America’s action on the Iranian government