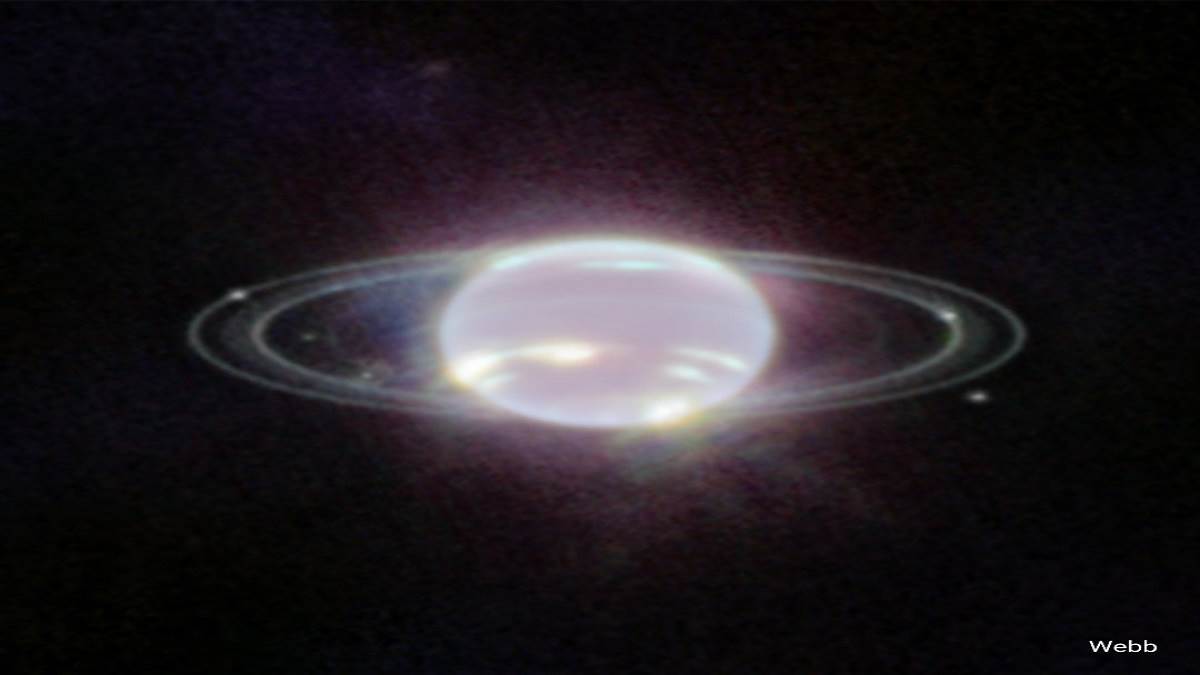 New York Agency. The James Webb Space Telescope of the US space agency NASA has once again shared some amazing pictures with the world. This time James Webb has taken a picture of the planet Neptune, in which the rings of Neptune are clearly visible. These are the most spectacular pictures of Neptune ever taken by a telescope in more than 30 years.

According to the news agency AIANS, in 1989, NASA’s Voyager 2 spacecraft took the first picture of Neptune, but the picture of Voyager 2 was not as clear as compared to the pictures taken by James Webb.

Some bright rings are seen in photo taken by James Webb

Apart from this, a hazy dust band is also visible in the pictures. Heidi Hamel, a Neptune system expert and James Webb’s interdisciplinary scientist, said that we last saw these faint rings three decades ago. At the same time, with the help of James Webb, we have seen Neptune in infrared for the first time. Many bright elements are also visible around the planet Neptune.

According to NASA, James Webb is capable of capturing extremely stable and accurate pictures. Very weak and faint rings can also be detected with the help of this telescope. This telescope has been successful in capturing seven of the 14 known moons of Neptune. Many bright elements are also visible around the planet Neptune in the picture, but it is not a star.

Actually, all these bright matter are Moon or Triton, which is covered with nitrogen molecules. It shines 70 percent of the sunlight. Let us tell you that galaxies and stars can also be seen in the picture taken by the telescope.

This is the world’s most powerful telescope

Let us tell that after the discovery of Neptune after the year 1846, this planet has attracted a lot of researchers. Neptune is 30 times farther from Earth than the Sun. Let us tell you that the James Space Telescope is the most powerful telescope in the world, which was built jointly by NASA, the European Space Agency and the Canadian Space Agency.

Let us tell you that a golden mirror is installed, whose width is about 21.32 feet. This mirror is made by joining 18 hexagon pieces made of beryllium. Each piece is plated with 48.2 grams of gold, so that it acts as a reflector.

Check out some more amazing pictures-

bright stars in the picture