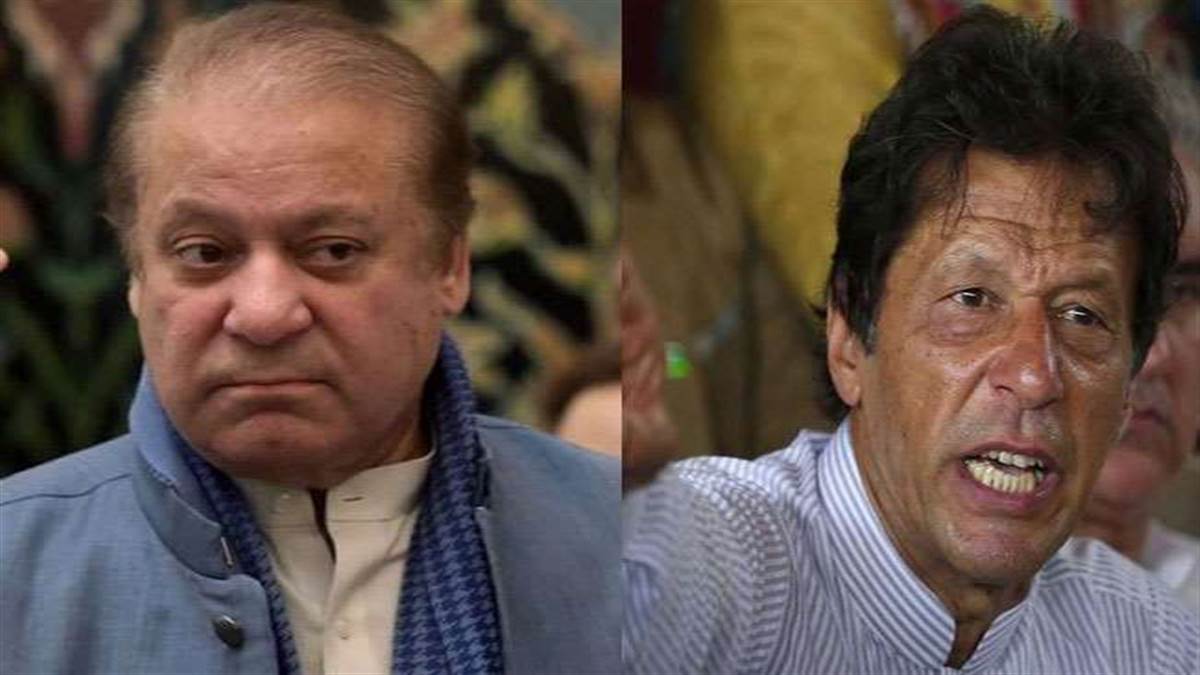 Addressing the lawyers’ convention in Lahore, former Pakistan Prime Minister Imran Khan made it clear that the country’s army chief will be selected on the basis of merit and not decided by Nawaz Sharif.

Islamabad, ANI. The Chief of Army Staff (COAS) is to be elected in Pakistan. For this, Tehreek-e-Insaf chief and former Prime Minister Imran Khan has put forth his demand that the appointment to this post will be done on the basis of merit. Also warned that they will not allow Nawaz Sharif to take the right of election to this post.

On Tuesday, he pointed to Nawaz Sharif and said that the convict was being consulted for the appointment of the Chief of Army Staff. Addressing Prime Minister Shahbaz Sharif as the Crime Minister, Imran Khan tweeted and wrote, ‘Crime Minister is taking advice from Nawaz Sharif, convicted in COAS and other matters.

Imran reiterated his demand and said that the election of COAS will be done on merit and thieves will never be allowed for this work. Imran Khan was addressing a convention of lawyers in Lahore. This information has been given in a report published in The Nation. It has also been told that on Saturday the party is going to launch the ‘Hakki Azadi’ movement. Imran Khan said, ‘I will give a voice and we will free our country in real values’. Earlier, the current government of the country had deployed security arrangements in the Red Zone of Islamabad and said, ‘Some people are moving towards Islamabad to fulfill their political demands’.

Army Chief should not be from PPP and PML-N

In his speech given on Wednesday, the PTI chief once again said that those who are making threats from unknown numbers should be answered. He had mentioned this while addressing a public meeting in Chakwal on Monday. The PTI chief said that when he says that the army chief should be elected on the basis of merit, it means that Pakistan Peoples Party and Pakistan Muslim League should not become the next COAS from Nawaz as he is the most corrupt and does not have the qualification. Is.