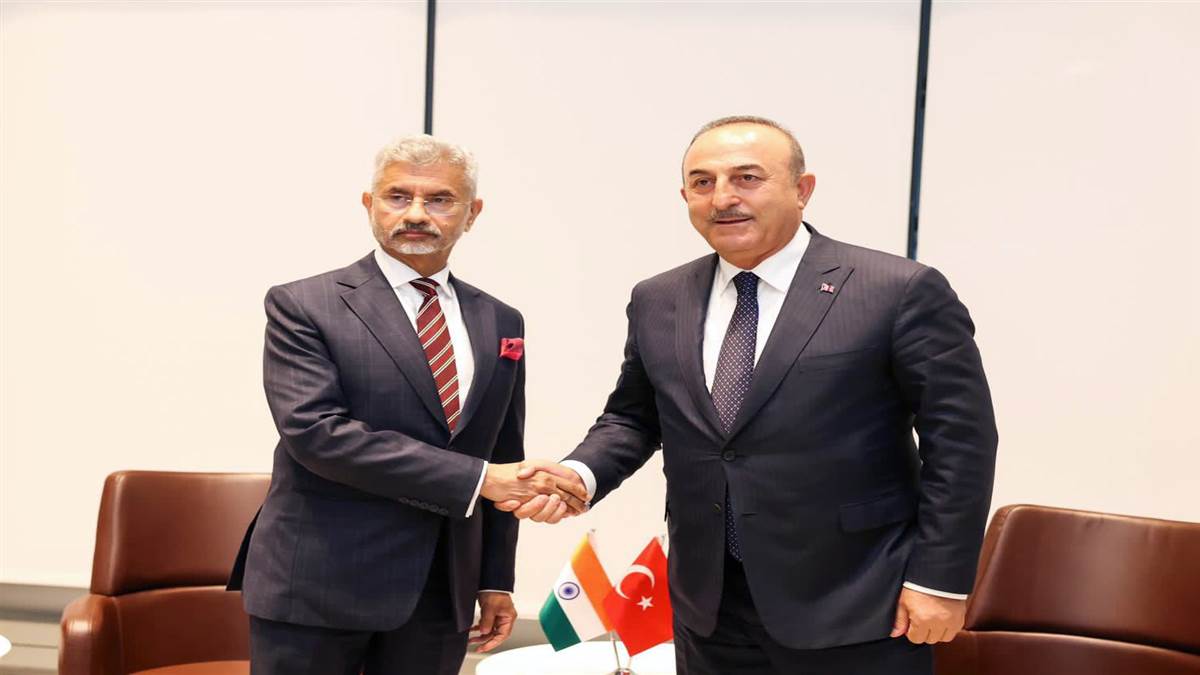 On Wednesday, the second day of the UN General Assembly, Jaishankar held wide-ranging talks with Kavusoglu which included talks on Ukraine conflict, food security and Cyprus.

The talks come as the UN is pushing for a solution to decades of tensions between Turkish Cypriot North and Greek Cypriot South in Cyprus, whose communities have been divided since 1974.

Met FM @MevlutCavusoglu of Turkiye on sidelines of #UNGA,

Turkish President Recep Tayyip Erdogan addressed a high-level session of the United Nations General Assembly on Tuesday. During his address, he raised the issue of Kashmir and urged the establishment of “fair and lasting” peace and prosperity in Kashmir.

Erdogan said in the General Debate, India and Pakistan have not established peace and solidarity between each other even after establishing their sovereignty and independence 75 years ago. This is very unfortunate. We hope and pray that a fair and lasting peace and prosperity prevails in Kashmir.

Erdogan made these remarks after meeting Prime Minister Narendra Modi on the sidelines of the Shanghai Cooperation Organization summit in Samarkand. The two leaders exchanged views on regional and global developments between the two countries.

Earlier, PM Modi was welcomed to the United Nations General Assembly for his message to Russian President Vladimir Putin on the Ukraine conflict by the US and France at the UNGA meeting in New York.