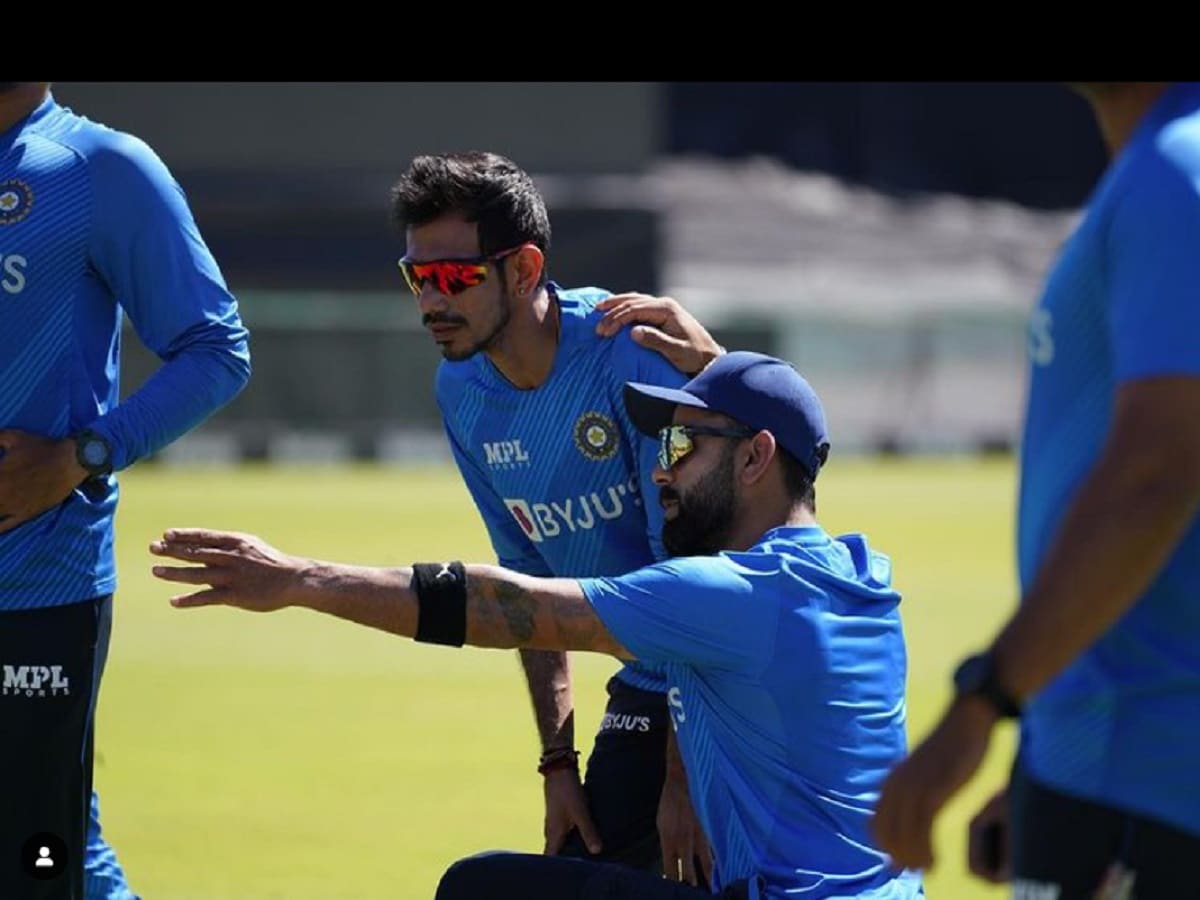 Both were expensive in the first T20 against Australia

In Australia from next month against T20 World Cup

New Delhi. Bhuvneshwar Kumar and Yuzvendra Chahal are considered to be the strongest links of Team India. The reason being, he is one of the main bowlers of the team. But from the T20 Asia Cup to the first T20 match against Australia, the performance of both has declined. In such a situation, the question arises whether it will not prove to be the weakest link of the team in the T20 World Cup 2022. Before the World Cup, India has to play only 5 more matches. 2 from Australia and 3 from South Africa. T20 World Cup matches are to be played in Australia from 16 October. Talking about the last year’s World Cup, India’s performance was not good. The team was knocked out of the Super-12 round itself.

First thing about fast bowler Bhuvneshwar Kumar. In the first T20 match against Australia, he spent 52 runs in 4 overs and could not even take wickets. He gave more than 50 runs for the first time in T20 International career. Earlier, if we look at his performance in the Asia Cup, he gave 30 runs against Sri Lanka in Super-4. At the same time, against Pakistan, there was a setback for 40 runs in 4 overs. Although he was definitely successful in taking 5 wickets against Afghanistan. The team has to beat the big teams to move ahead in the big tournament.

Excellent T20 record
32-year-old Bhuvneshwar Kumar’s record has been excellent in T20 Internationals. He has taken 84 wickets in 78 matches so far. Economy is less than 7. Took 4 wickets 3 times and 5 wickets 2 times. 5 wickets for 4 runs is the best performance. Looking at the overall T20 career, he has taken 250 wickets in 240 matches. Economy is around 7 and strike rate is 21. That is, he takes one wicket every 21st ball.

5 wickets in 5 matches
Leg spinner Yuzvendra Chahal has been able to take only 5 wickets in the last 5 T20 matches. Against Australia, he conceded 42 runs in 3.2 overs. Got a wicket in the last over. At the same time, he took 4 wickets in 4 matches of Asia Cup. During this, he did not get a single wicket in 2 matches. Against Sri Lanka, of course, he managed to take 3 wickets. On the other hand, young leg-spinner Ravi Bishnoi got a chance to play against Pakistan in Super-4. He gave only 26 runs in 4 overs and took one wicket. At the same time, Chahal got one wicket after spending 43 runs.

Impossible for India to win by batting first! Lost in 60% of the matches, these are 5 reasons

Talking about the T20 World Cup, Chahal is in the 15-member team. Bishnoi, on the other hand, has been kept on standby. That is, they can be included in the team only if a player is out after getting injured. In such a situation, Bishnoi, who is considered to be Chahal’s substitute, is out of the team. Bhuvneshwar’s substitute Deepak Chahar has also been kept as a standby for the World Cup.