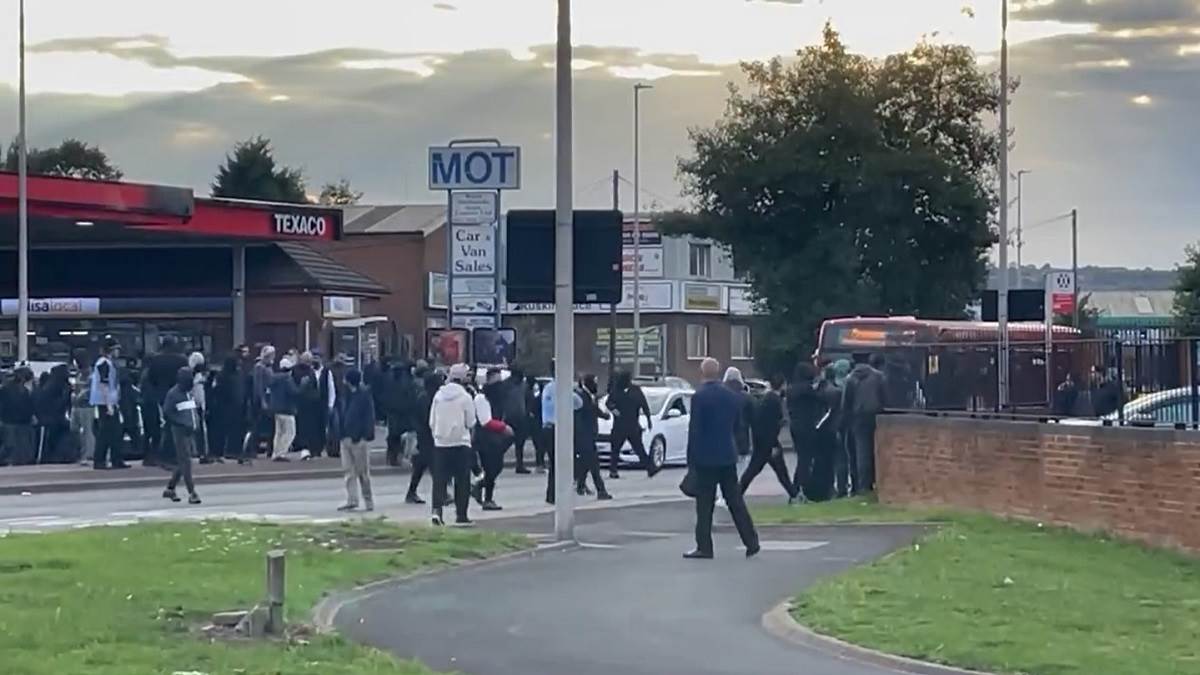 London, ANI. On Tuesday, a crowd turned violent outside the Durga Bhavan temple in Smethwick, UK. The protesters involved in the violence also climbed the walls of the temple. During this, the protesters also raised religious slogans collectively. A video related to this is going viral on social media, in which a huge crowd of people can be seen moving towards the Durga Bhawan center located at Span Lane. During this, the protesters also raised religious slogans. However, the police tweeted and said that we are aware of this protest.

Sandwell Police tweeted in which it said, ‘We are aware of the planned protest in West Bromwich today i.e. 20 September. We understand that this is in connection with concerns about a speaker at the temple in Span Lane. However, we are informing that the event has been cancelled.

There was violence before

It is known that even before this, Hindu communities were assaulted by Pakistani organized gangs in the city of Leicester, UK, after which violence and disorder spread in the eastern part of the city. The Indian High Commission in London on Monday condemned the violence against the Indian community in Leicester and called for immediate action against those involved in the attacks.

The Indian High Commission said, ‘We strongly condemn the violence against the Indian community in Leicester and the vandalism of symbols and premises of Hinduism. We have taken this matter seriously with the UK authorities and have called for immediate action against those involved in these attacks. We have also urged the authorities to provide security to the affected people.

Violence started after India won the match against Pakistan

It is known that in the Asia Cup T20 match, India won against Pakistan. After winning the match, the process of violence started on 28 August. According to information given by the police, there was a clash between groups of youths in Leicestershire on Sunday. Leicestershire Police said 47 arrests had been made in the case so far.