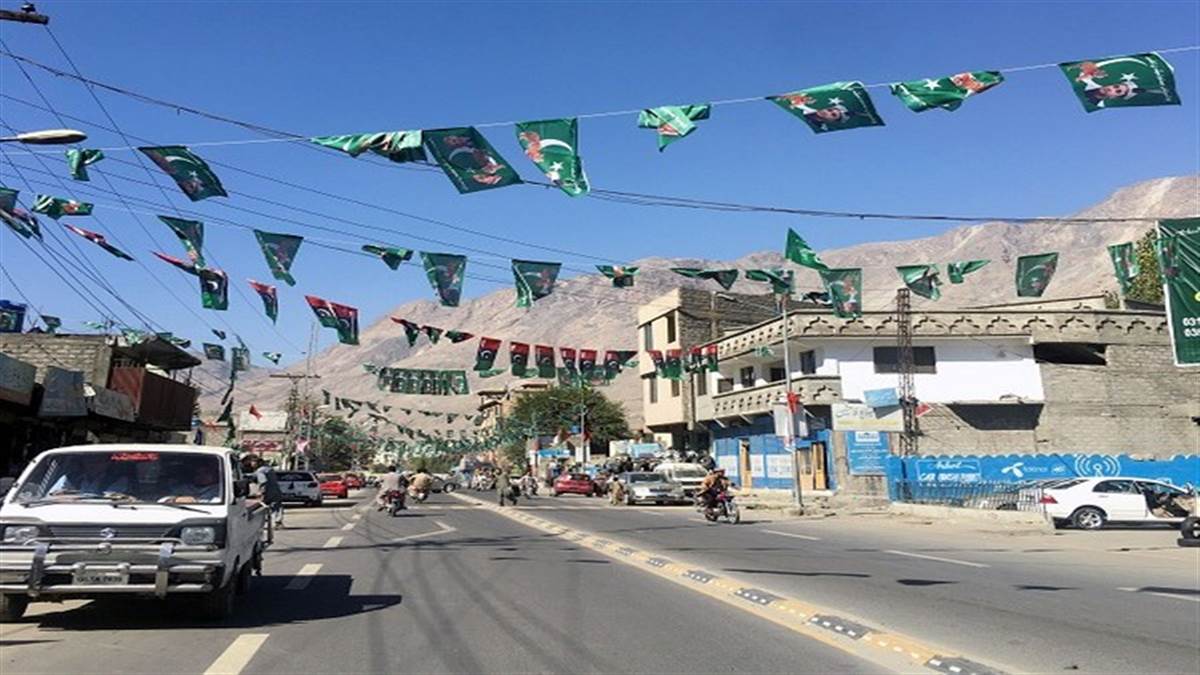 Gilgit Baltistan (PoK), Agency. The people of Gilgit Baltistan protested the state-backed boycott and corruption in Pakistan-occupied-Kashmir and demanded the civilian government to resolve their issues.

One of the protesters said, I want to tell the government that we are the youth of Gilgit Baltistan, we know how to fight for our rights. I demand that the civil government should address our issues. I demand them to rule over those who want to encroach on our properties. The officials will be responsible for the result. While another protester gave ten days to the civilian government to resolve their problems.

“I want to tell the government that if you can topple the Nawaz Sharif-led government in the region, then the people of Gilgit-Baltistan can also bring down the Pakistan Tehreek-e-Insaf (PTI) government,” he said. We are demanding our rights. We are giving that civil government ten days to resolve its issues.

There are many examples of land grabbing by Pakistan Army in PoK and Gilgit Baltistan.

In a declaration, the United Kashmir People’s National Party (UKPNP) strongly condemned the increasing land-grabbing in the region where military, non-state actors and other influential people illegally and private and public property, Hill Top Hill in Muzaffarabad district. Tourists like Ki Peak and Pir Chanasi are occupying the resorts.

The manifesto said, these holiday resorts belonged to the people of this area, where people used to roam freely with their families. After the capture of these holiday resorts, military and non-state actors imposed barbed wire and restricted entry to the entire area and no one is allowed to enter. If anyone disobeys his instructions, he is ordered to shoot at sight.

There is persistent discontent against the existing land laws in Gilgit-Baltistan. The population wants to repeal the old Khalsa Sarkar (State Land) Rules 1978 and subsequent laws related to it.

Under this law, all barren land in the state is owned by the government, thereby depriving the natives of their rights.

The Pakistani army and government acquire these lands from the local people and forcefully evict the local population to deliberately create demographic changes.

In the new offices, which are then set up on these lands, government employees and the non-GB population are housed, therefore, the local people are left with no option but to move to other parts of the country for employment.