America has promised to give the working drone 600 to Ukraine

The Kamikaji Drone 600 weighs about 50 pounds

It has been more than 7 months since the ongoing war in Ukraine and Russia. America is constantly helping Ukraine in every possible way in the war. America has once again taken a big step to help Ukraine. Due to which Russia may have even more trouble in Ukraine. Recently, America has talked about giving Kamikaze Drone 600 to Ukraine. American experts say that this supply can prove to be a game changer.

Ukrainian President Volodymyr Zelensky demanded more military aid from the US Parliament. Let us tell you that then the US had announced that it would supply Kamikaji drones to Ukraine. According to a document published by the US Department of Defense on September 20, the Pentagon has signed a contract worth 2.2 million for the Kamikaji drone Switchblade 600. Let us know what is this drone after all… 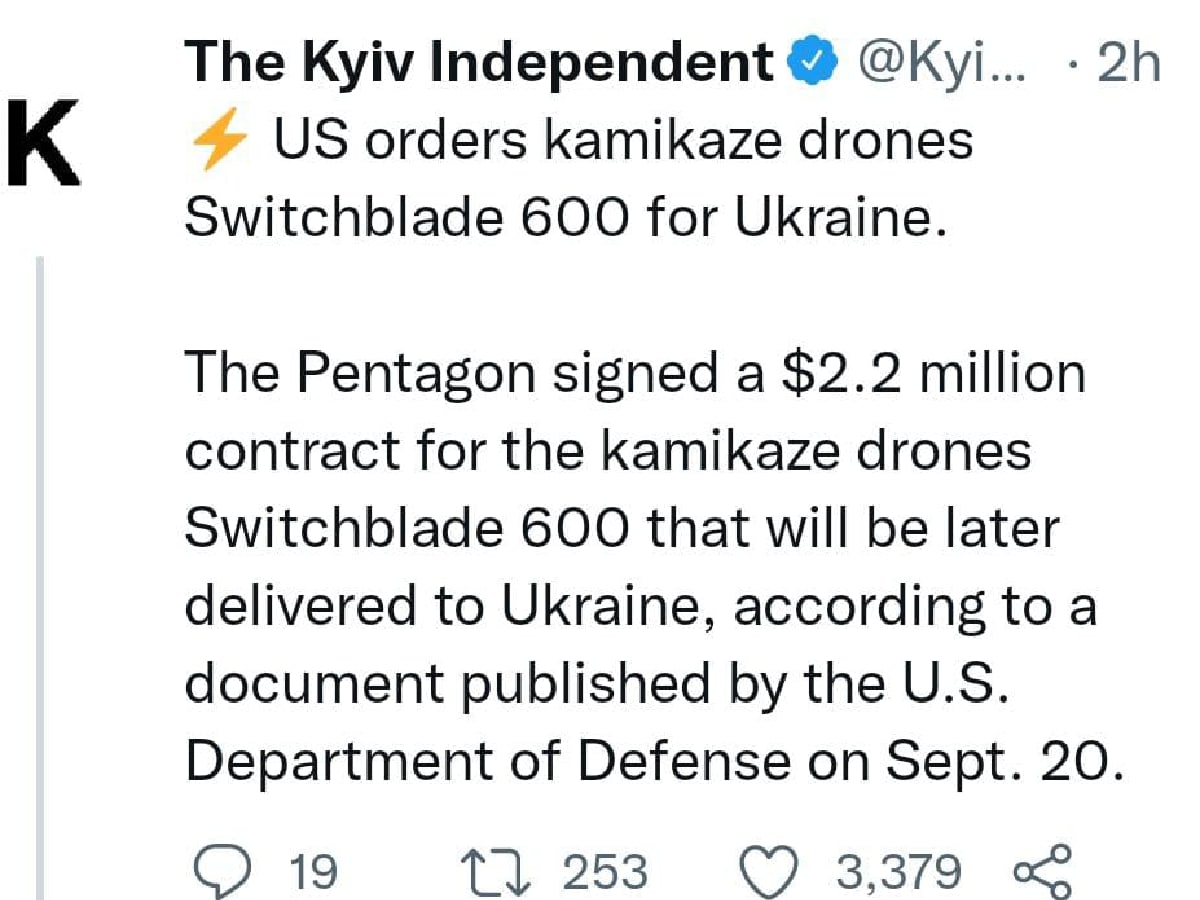 The world is battered in front of this missile of China! Torpedo will be made while flying, no one has the cut

How dangerous is this robotic smart bomb
This advanced guided missile can strike enemy targets with accuracy from miles away. Such switchblade drones have cameras, guidance systems, explosives and are robotic smart bombs. Drones can also be programmed to fly and their direction and speed can also be changed according to the need.