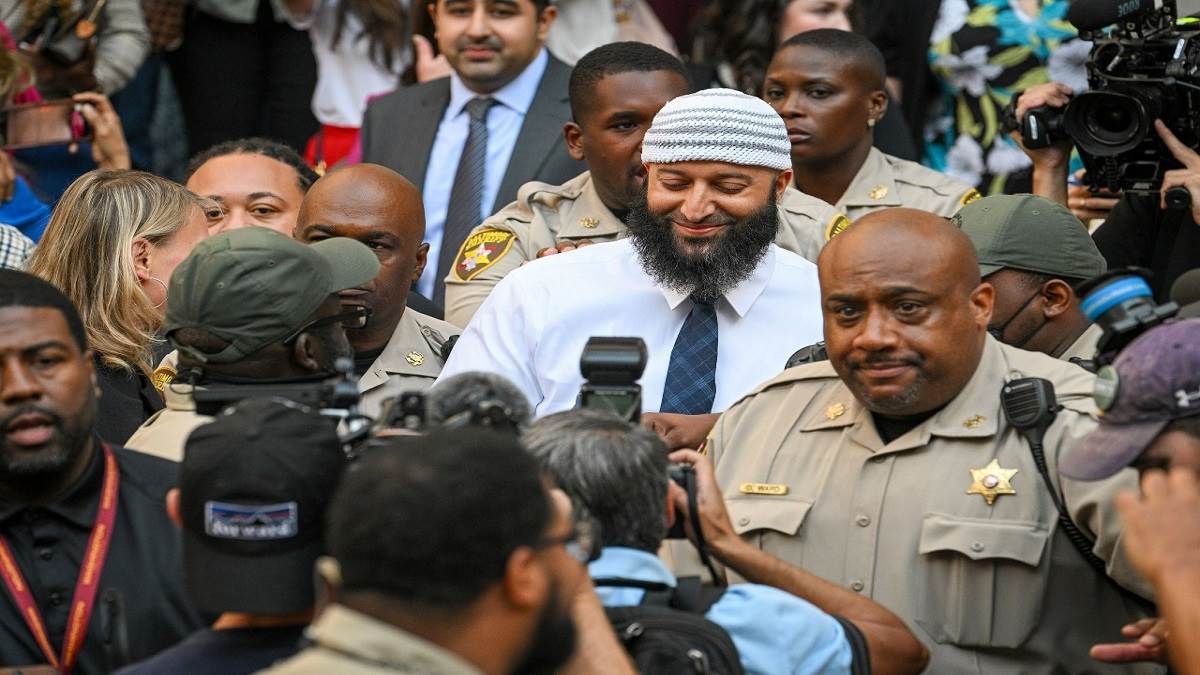 Washington, Reuters. Maryland of America (Maryland) A judge of Adnan Syed on Monday (Adnan Syed) was quashed his murder sentence in 2000, when prosecutors said there were serious problems with his trial. Two other potential suspects were involved in the murder of his ex-girlfriend, who were never disclosed to the defense.

The premiere of the podcast took place in 2014

The case gained national attention when the podcast ‘Serial’ produced by Chicago public radio station WBEZ raised suspicions about Syed’s guilt. The podcast premiered in 2014, with Koenig attempting to piece together a timeline of the night Lee was killed in each episode.

The first season of this episode was downloaded 300 million times. 12 episodes of this podcast won the Peabody Award (Peabody Award) had also won. Koenig said in the first episode, ‘Last year I’ve spent every work day trying to find out where the high school kid was for an hour after school, for a day in 1999.’

Syed said – I am innocent

Syed (42) has always said that he was innocent and he hee min lee (Hae Min Lee) who was 18 years old when in Baltimore Park in 1999 (Baltimore Park) He was buried after being strangled to death.

sentenced at the age of 19

Prosecutors portrayed Syed as a violent and jealous ex-lover and he was sentenced to life imprisonment. At that time Syed was 19 years old. A decade later, Rabia, a friend of Syeds (Rabia Chaudry) by journalist Sarah Koenig (Sarah Koenig) asked to re-investigate Lee’s murder.

Syed was placed under house arrest

Circuit Court Judge Melissa Finn in Baltimore ,Judge Melissa Phinn) ordered the release of Syed from prison, where he was serving a life sentence, and placed under house arrest and scheduled a new trial. Syed came out of the courtyard smiling, to which the audience applauded. Although he did not talk to anyone.

‘A new case should be made against Syed’

The State Attorney for Baltimore filed a motion to release Syed from prison on Wednesday after a year-long investigation that found multiple problems with witnesses and trial evidence. Prosecutors told the court that they were not yet claiming that Syed was innocent, but that they no longer had confidence in the ‘verity of guilt’ and that justice required that Syed be tried at least one new trial. .

Both suspects have a history of violent crimes

Prosecutors said they had received new information about two alternate suspects they did not name, one of whom threatened to kill Lee, and both have a history of violent crimes against women. The original prosecutors were aware of his identity but not disclosed to the defense as required by law.

Prosecutors also decided on a key witness. The detectives investigating the murder were unreliable. He also received new information that cast doubt on the cellphone data the trial relied on to place Syed at the scene of the murder.

Young Lee, the victim’s brother, told the court he was shocked and that his family felt he had been betrayed that prosecutors had turned their backs on after decades of standing by the conviction. “It is really hard to go through this over and over again. His voice breaks and staggers at times. It’s a living nightmare.’

‘Justice on conviction is our mantra’

“Justice on conviction is not only our mantra but our mission,” Stan Attorney Marilyn Mosby told a news conference after the hearing. He said his office is awaiting the results of the new test on DNA evidence before announcing the next course of action.

read this also: Russia Ukraine Crisis: Why is Putin repeatedly warning Western countries including America, what is the reason

read this also: America: Science and Technology Minister Jitendra Singh said – ‘India and America will have to work together in many areas’