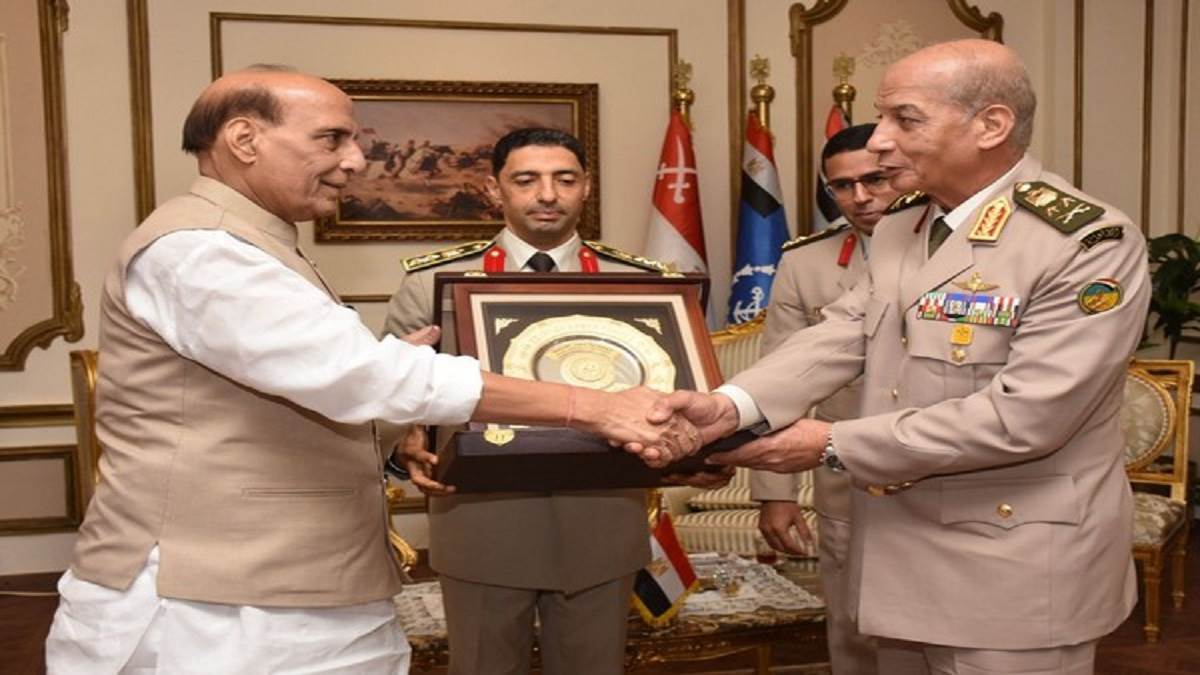 Rajnath Singh said in a tweet, ‘Meeting with Egypt’s Defense Minister General Mohamed Zaki in Cairo. During this we had important discussions on a number of initiatives to further expand bilateral defense ties. The signing of the MoU on Defense Cooperation gives a new impetus to the two countries and adds synergy to our relations.

During his visit to Egypt, Raksha Mantri also acknowledged that Cairo is one of India’s most important trading partners in Africa and bilateral trade has expanded significantly.

Let us inform that Rajnath Singh is on a three-day visit to Egypt from Sunday to further enhance the defense cooperation between the two countries. Earlier on Monday, Singh met Egyptian President Abdel Fattah al-Sisi in Cairo. During this, the two leaders agreed to further develop military cooperation and focus on joint training, defense co-production and maintenance of e-Egypt. It is one of the largest investment destinations for India in the region with the current Indian investment of US$ 3.15 billion. Indian companies continue to execute several projects in Egypt.

On June 22, an Indian Air Force team went to Egypt

In addition, to boost defense cooperation between the two countries, an Indian Air Force team arrived in Egypt on June 22 to participate in a bilateral ‘Strategic Leadership Program’ with the Egyptian Air Force. The Ministry of Defense said that the year 2022 has special significance, as it marks the 75th anniversary of diplomatic relations between India and Egypt.