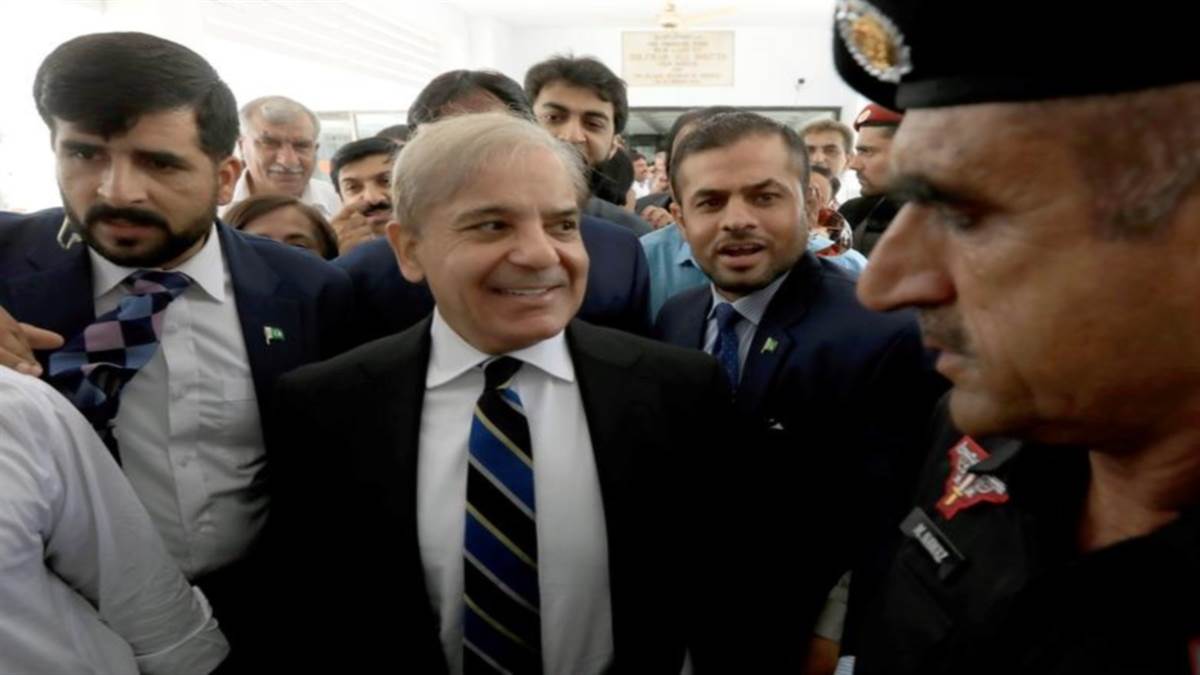 The Punjab Assembly of Pakistan has passed a resolution with a majority, demanding that Prime Minister Shahbaz Sharif be tried for treason. It has been said that Shahbaz has broken the oath of the constitution by meeting his elder brother and fugitive Nawaz Sharif.

Lahore, Agency. The Punjab Assembly of Pakistan has passed a resolution with a majority, demanding that Prime Minister Shahbaz Sharif be tried for treason. It has been said in the resolution that PM Shahbaz has broken the oath to the Constitution after discussing with his elder brother and fugitive former Prime Minister Nawaz Sharif in London over the appointment of a new army chief. Punjab Parliamentary Affairs Minister Basharat Raza moved a sedition motion against Prime Minister Shahbaz Sharif in the Assembly under Article 6 of the Constitution.

In Punjab, there is a coalition government of former Prime Minister Imran Khan’s party Tehreek-e-Insaf (PTI) party and its ally PMLQ. It has been said in the resolution that two days ago, PM Shahbaz had discussed with fugitive former PM Nawaz Sharif in London regarding the appointment of the new army chief. By doing so, he has not only violated his oath not to share sensitive matters with anyone, but has also insulted the military establishment. Prime Minister Shahbaz Sharif had gone to London to attend the funeral of the late British Queen Elizabeth II. During this he also met his brother Nawaz Sharif.

It is noteworthy that Nawaz has been living in London since November 2019. Before moving to London, Nawaz was serving a seven-year sentence in Pakistan’s Kot Lakhpat jail in the Al-Azizia corruption case. After this, in 2019, the Lahore High Court granted him bail with permission to go to London for eight weeks for treatment. After which when he did not return, he was declared a fugitive.

Let us inform that Prime Minister Shahbaz Sharif had gone to London to attend the funeral of Queen Elizabeth II of Britain. During this he also met Nawaz Sharif and discussed with him the appointment of the next army chief. In fact, the current Chief of the Army Staff, General Qamar Javed Bajwa, is going to retire at the end of November this year.