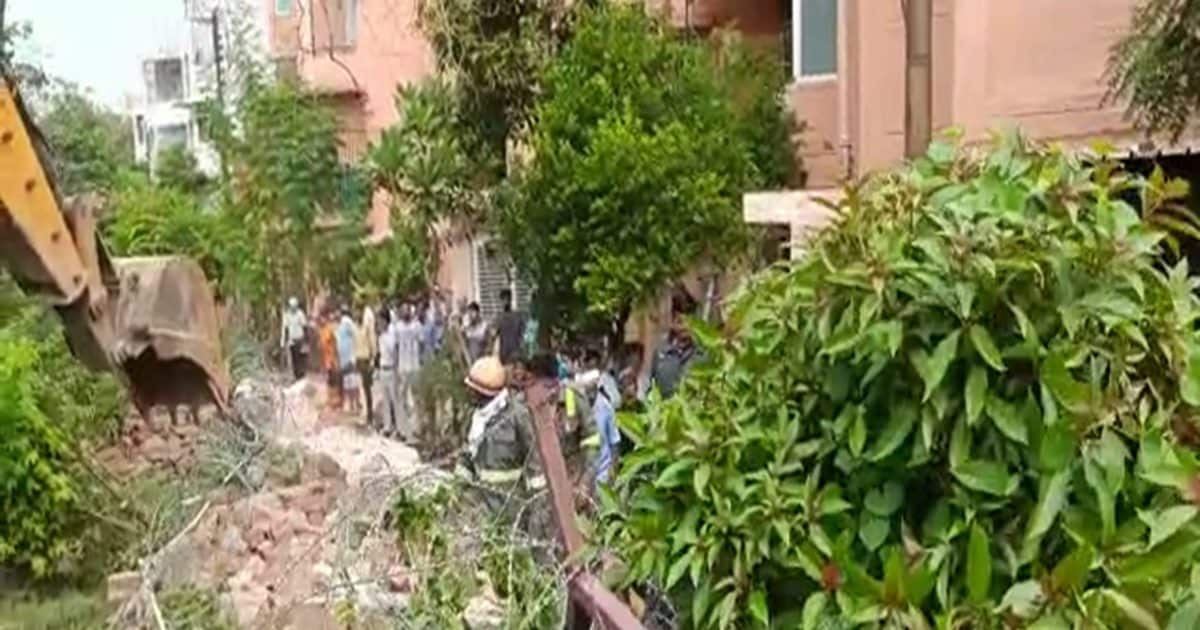 Noida. Four people died after the boundary wall of an apartment collapsed in a posh area located in Sector 21 of Gautam Budh Nagar district, while several others are reported to be buried under the debris. At present, the rescue operation is being carried out with the help of NDRF and four JCB machines. Top police officers have reached the spot. This is the incident of Jalvayu Vihar in Sector 21 of Noida. Fire brigade vehicles have also reached the spot. According to the information, this boundary wall was 100 meters long.

It is feared that the death toll in the accident may increase. The rescue operation is being carried out with the help of NDRF, police administration, and fire brigade. Along with top officials, doctors and ambulances are also present on the spot. Those who died have been identified as Pappu, Pushpendra, Panna Lal and Amit. All the deceased are being told of Badaun districts of UP.

Four confirmed dead
DM Suhas LY told that the work of repairing the drain of Climate Bihar apartment was going on, when this boundary wall collapsed. So far, four people have been pulled out of the rubble. Two deaths have been reported in the district hospital and two in the Kailash hospital. 9 injured are undergoing treatment. Rescue operation is on. DM said that why the incident happened, it will be investigated. He said that work was being done on contract by the Noida Authority. The accident happened while removing the bricks of the drain.