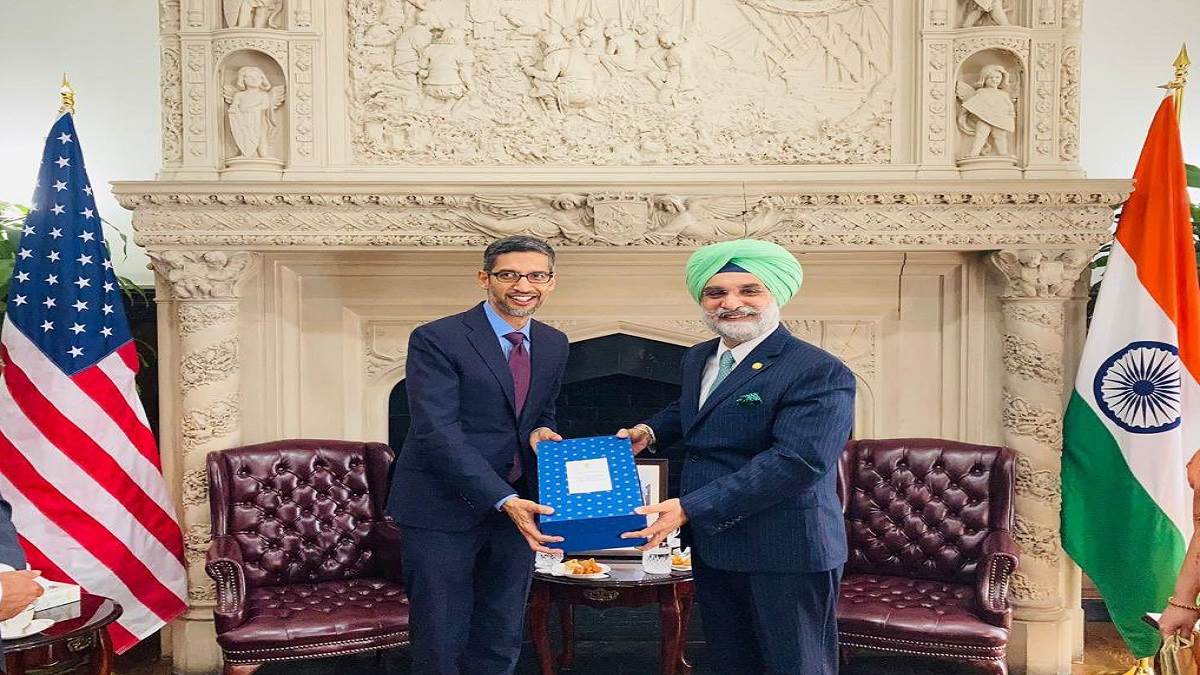 America Google CEO Sundar Pichai reached the Indian Embassy in America for the first time. Here he met Indian Ambassador Taranjit Singh Sandhu. During this, he also discussed with the ambassador on India’s digital future.

Sundar Pichai expressed his gratitude to the Indian Ambassador

Indian-born Sundar Pichai tweeted, “Thank you Ambassador Sandhu for the important discussion at the Indian Embassy last week. Pichai said that during the meeting, we discussed the opportunities of digitization in India and Google’s commitment to it and India’s digital future. Let us tell you that Sundar Pichai was awarded the Padma Bhushan in January this year. 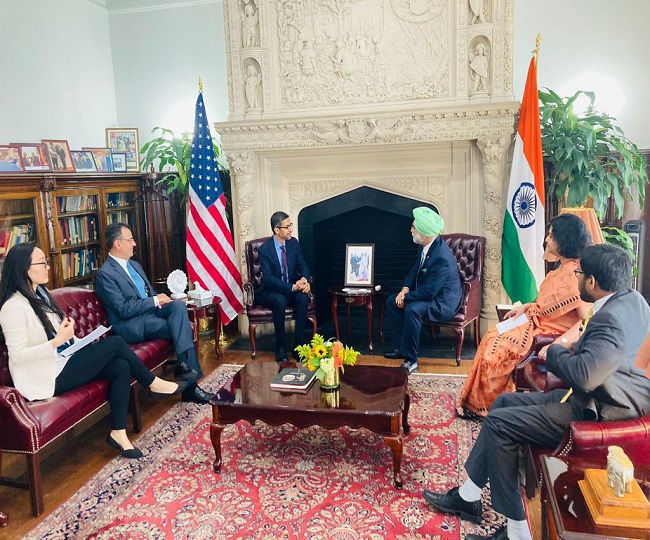 At the same time, Sandhu tweeted that it is technology that enables our thoughts to be understood by all. He said that we discussed India-US commercial expansion through knowledge and technology partnership with Google. Google has announced a $10 billion investment in India under the leadership of Pichai. It has partnerships with Reliance Jio and Bharti Airtel.

Also read- US China Tension: For the first time, the Biden administration attacked Taiwan, what will the US military do if the Chinese army attacks Taipei – Expert View

Pichai appreciated the decision of the Government of India

During his meeting with the Indian Ambassador, Pichai appreciated the many steps taken by India in the field of digitalisation. Sandhu said that Google is a key partner in India’s digital transformation. Apart from this, Google and its partner company Alphabet supported India a lot during the time of Kovid crisis.